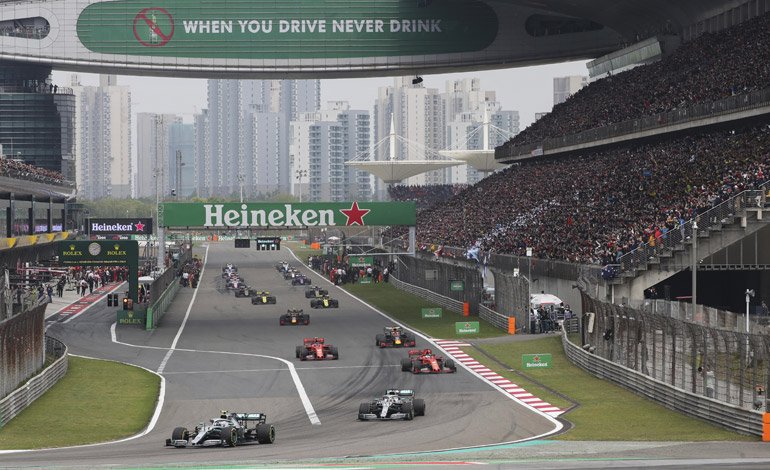 Formula One postponed the Chinese Grand Prix to be held in Shanghai in April, the latest sports competition to be affected by the outbreak of a virus in the country.

More than 1,100 people have died in China from the virus, dubbed COVID-19 by the World Health Organization.

One of 22 races in the 2020 F1 championship, which kicks off in Melbourne next month, the Chinese GP was scheduled for April 19.

The decision to postpone the race – fourth on the calendar – was made at the request of the Shanghai promoter to “ensure the health and safety of all attending personnel, participants and fans,” F1 said in a statement on Wednesday. .

You can also read:  Semenya wins on his return at 800 with a "discreet" brand

This is the first time that a race has not been contested since a wave of protests led to the cancellation of the Bahrain Grand Prix in 2011.

“It’s tough,” Renault driver Daniel Ricciardo said after F1’s announcement about China. “They are mixed feelings. Personally, it is a circuit that I enjoy a lot, I have done well there. I got a win in 2018 and earned my first points with Renault there last year. “

“I feel sorry for the fans and all the people who will miss it, but most of all I feel sorry for China, for what they are going through right now with the virus. But on the other side of the coin, I am relieved that an initiative has been taken and no one is being put at risk ”.

You can also read:  Lorenzo, Talmacsi and Smith achieve the 'poles' of Portugal

Speaking at the presentation of the Renault car for 2020 on the Champs Elysees in Paris, Ricciardo said a decision needed to be made now, as the teams have to move their equipment and personnel well in advance. “

The International Automobile Federation (FIA), the governing body of the F1 championship, will consult with Chinese organizers and teams to determine whether the race can be rescheduled this year.

“All parties will take appropriate time to study the feasibility of possible alternative dates to relocate the grand prix later if the situation has improved,” F1 said.

The virus has caused the cancellation or postponement of other competitions, including qualifying tournaments for the Olympic Games. The World Indoor Athletics World Cup to be held in Nanjing in mid-March was also canceled.

You can also read:  Ferrari on trial for breaking the rules

The Tokyo Olympics open on July 24, and its organizers have repeatedly said the fair will not be canceled or postponed. But many of the qualifying events have been left on edge due to many Chinese athletes unable to leave the country to participate. AP