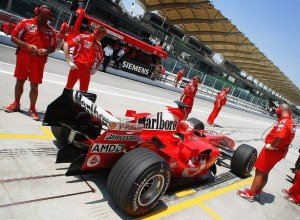 LONDON (Bbc.co.uk).- The Formula 1 Teams Association (FOTA) revealed a project to reduce its carbon dioxide emissions by 15% in three years. FOTA claims that sport is the first to have a comprehensive externally audited carbon emission reduction program.

Further plans could include doubling the energy efficiency of its engines, which automakers hope could be replicated in road cars.

Some sources say that one of the main reasons behind this program is pressure from sponsors, who increasingly want to be more associated with a “green” product.

The audit was carried out by consultancy TruCost, whose chief operating officer, Richard Mattison, told the BBC: “We have looked at everything that produces carbon emissions, from logistics to the engines themselves.”

You can also read:  Vettel: "We recovered thanks to the strategy"

“There is a lot of data in the equipment – ​​much more than in most companies – and we have been able to do an analysis and see how and where reductions were going to be made.”

Running cars during races and practices accounts for less than 1% of the sport’s emissions, even though the cars run at less than five miles per gallon.

Nearly half of carbon emissions are associated with purchases made by teams. Other important sources are the transportation that takes the teams from race to race and the electricity consumed mainly by the wind tunnels.