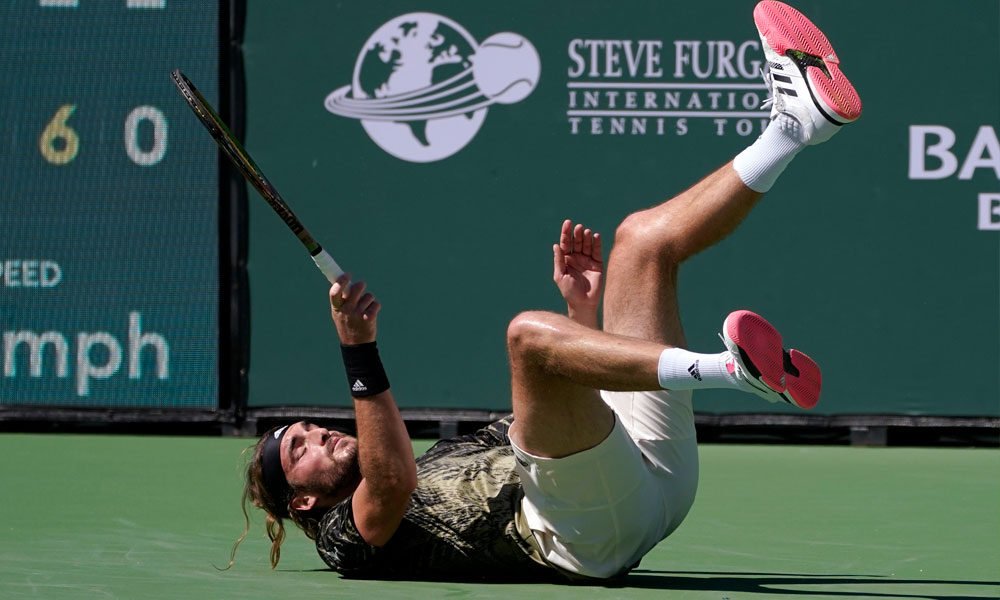 Greek Stefanos Tsitsipas, top seed at the Indian Wells Masters 1000, was eliminated in the quarterfinals against Georgian Nikoloz Basilashvili on Friday.

The Georgian, number 36 in the world ranking, defeated Tsisipas, number three, 6-4, 2-6 and 6-4 in two hours and nine minutes of play in the desert Indian Wells (California).

The Athenian, runner-up at last Roland Garros, aspired to win his second Masters 1000 tournament by taking advantage of the elimination of the top seed, Daniil Medvedev, and the absence of world number one, Novak Djokovic.

At 29, Basilashvili will play his first semi-finals of a Masters 1000 against the winner of the clash between German Alexander Zverev, third seeded, and American Taylor Fritz (31st).

In the other men’s semifinal, the British Cameron Norrie, number 26 in the ATP ranking, and the Bulgarian Grigor Dimitrov (28th), Medvedev’s surprising executioner, were cited.

You can also read:  Matteo Berrettini will be first Italian to play Wimbledon final

This same Friday the two semifinals of the women’s branch, in the WTA 1000 category, are disputed.

The day on Friday started with the unexpected farewell of Tsitsipas, a reliable tennis player in this category, one below the Grand Slam.

The Athenian had reached the semi-finals in his last two Masters 1000s and achieved his first win in April in Monte Carlo.

On the other hand, Basilashvili, who has five trophies in his record, played his first quarter of a Masters 1000 and, in his entire career, had never beaten an ATP Top-3 in his five clashes.

At the start, however, Basilashvili sent the first warning by breaking Tsitsipas’ serve in the opening game.

The Greek tried to cook the points patiently waiting for an error from the other side of the net, but the Georgian exhibited personality and did not rush in his blows.

With a 3-1 lead, Basilashvili signed another break that injected him with more confidence in a set in which he recorded 14 winners to 9 by Tsitsipas.

The Athenian came up to 4-3 but Basilashvili protected his serve and certified the sleeve with two intimidating volleys.

Tsitsipas was in familiar territory as he was also at a disadvantage in the previous two matches against Italian Fabio Fognini and Australian Alex de Minaur.

The Greek rolled up his sleeves and began to fine-tune his fearsome serve (10 ‘aces’ to his rival’s 5) to lead 4-1 in the second set as Basilashvili prepared for the final battle.

In the third set, the Georgian halted Tsitsipas’s rise by breaking him in the first game.

The Greek returned to row it equalized 3-3 but nerves were already playing against him and, with a fatal double fault, he gave up a break that gave a definitive advantage to Basilashvili. AFP (HN)