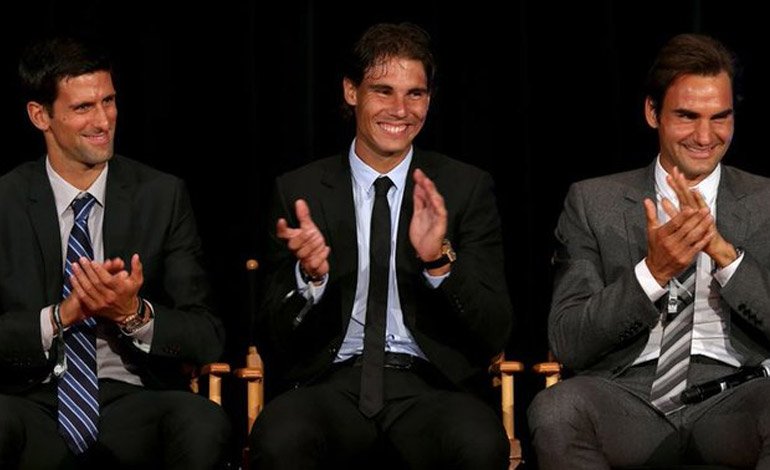 Novak Djokovic, Rafael Nadal and Roger Federer confirmed their presence in the new ‘ATP Cup’, scheduled for January in Australia, announced the organization, which aims to turn it into the new Tennis World Cup.

“We are happy to see that so many stars will be in the first ATP Cup,” said Men’s Circuit President Chris Kermode. The tournament draw will be held on Monday at the Sydney Opera House.

Up to 27 of the world’s top 30 players have agreed to participate, in addition to Andy Murray, whose protected classification has allowed Great Britain to pass.

It is the individual ATP ranking in singles that determines the nations that participate in this team competition.

You can also read:  Nadal, for his fourth Indian Wells title without champion Del Potro

24 countries will play the ‘ATP Cup’ between January 3 and 12 in Sydney. It will end eight days before the start of the Australian Open (January 20 – February 2), the first Grand Slam of the course.

Eighteen countries are already classified thanks to the ATP list, plus Australia as host. Five other countries will play the tournament.

A group stage will be played first, with six out of four teams, followed by the quarterfinals, semifinals and final. Up to five players will make up each team. Two singles matches and a double will be on the program for each match.

The competition will offer 750 ATP individual points to the winners, less than the Grand Slam (2,000 points), the Masters (1,500 points) and the 1,000 Masters, but more than the rest of the tournaments. On the economic level, the competition will be endowed with 15 million dollars (about 13.5 million euros).

The ‘ATP Cup’ was launched at a time when the legendary Davis Cup, organized by the International Tennis Federation (ITF), has completely changed its format.

The centenary test will live its final stretch for a week in November, in Madrid.