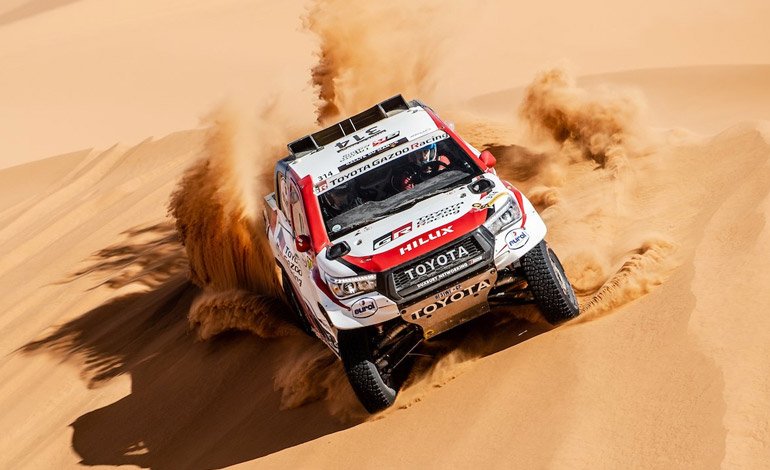 Fernando Alonso managed to cross the finish line of the Moroccan rallycross after a series of incidents that made it difficult for him to participate in this test, chosen by the former Formula 1 World Champion to prepare for his future participation in the Dakar.

Helped by his co-driver and compatriot Marc Coma, five-time winner of the Dakar on a motorcycle and former sports director of the prestigious event, he finished in 27th place (out of 33) in the general classification, at the end of the 5th and final stage, of 210 kilometers.

Already in the first stage, a short 204 km special held on Saturday, the double F1 World Champion (2005 and 2006) suffered three punctures and a broken tire.

You can also read:  Ferrari renews Raikkonen for next season

This relegated him at the end of the day to 21st place, almost 45 minutes behind the leader, Qatari Nasser al-Attiyah, a Toyota driver like Alonso.

But it was in the third stage when the double winner of the 24H of Le Mans (2018 and 2019) was close to abandoning, when Alonso damaged the front of his car and broke a wheel when he fell into a hole that was not indicated on the road book and in which other pilots also fell, before the direction of the test took security measures.

Alonso could not finish the stage, but was authorized to continue in the test with a 70-hour penalty, which prevented the Spaniard from aspiring to a good result, but allowed him to continue to gain experience in his second all-terrain rally, after having participated in a test in South Africa in mid-September.

You can also read:  Rally France returns to Corsica in 2015

The Rally of Morocco was won this Wednesday by the South African Giniel de Villiers (Toyota), ahead of the Spanish Carlos Sainz (Buggy Mini) and the French Mathieu Serradori (Century Racing CR6). AFP