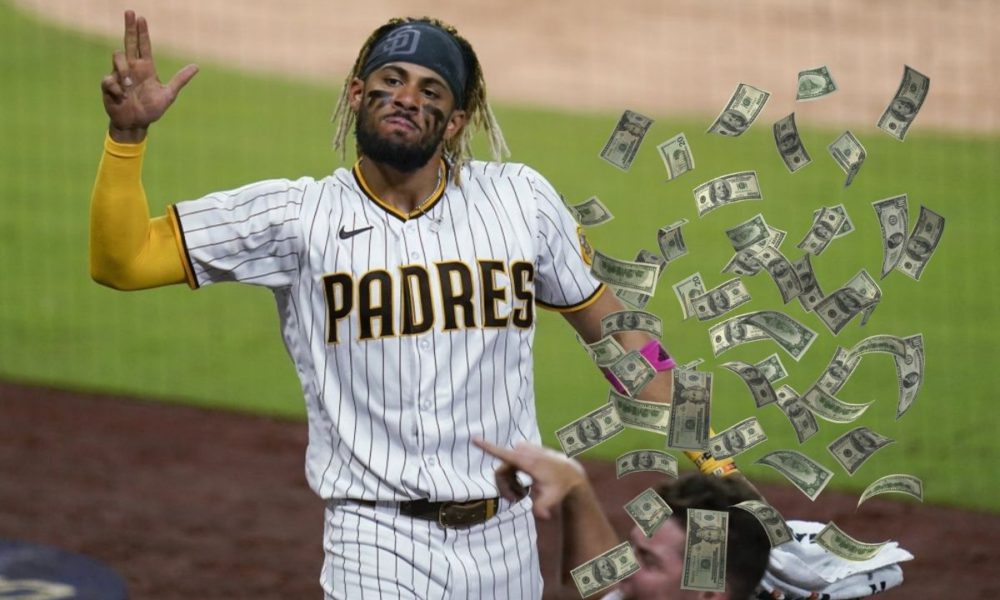 ‘El Niño’ is here to stay! Fernando Tatis Jr. is the new face of the MLB and in the 2021 season he signed the longest contract in history by establishing a 14-year, $ 341 million bond with the San Diego Padres.
With his dream come true since he was 15 years old, Tatis Jr. did not go crazy when he received the first million dollars in MLB and distributed it among tastes, charity, a car, clothes for the whole family and, most importantly, a house for his parents.
Fernando Tatis Jr. told the YouTube channel GQ Sports every single thing he spent the first million dollars he earned on. The first thing he bought was jewelry and between chains and watches he spent $ 300 thousand dollars. Then a luxury car would arrive.
A modified Audi RQ8 pickup cost the San Diego Padres player $ 220,000. With jewels and a truck, it was time to dress the whole family. Tatis Jr. bought all kinds of Adidas clothing for her family and spent $ 15,000.
Fernando Tatis Jr. sent charity money with his first million dollars in MLB
During 2021, Fernando Tatis Jr. along with his family has collected $ 250 thousand dollars as a charity directed to San Pedro de Macorís (Dominican Republic) and to finish spending the first million dollars he received in the MLB, the investment has arrived so far most important shortstop.
“On top of one of the most important things I spent my money on was at my parents’ house. My father was looking at a house and he always told me that this was the house of his dreams. Cost 800 thousand dollars ”, revealed Fernando Tatis Jr.(Bolavip)