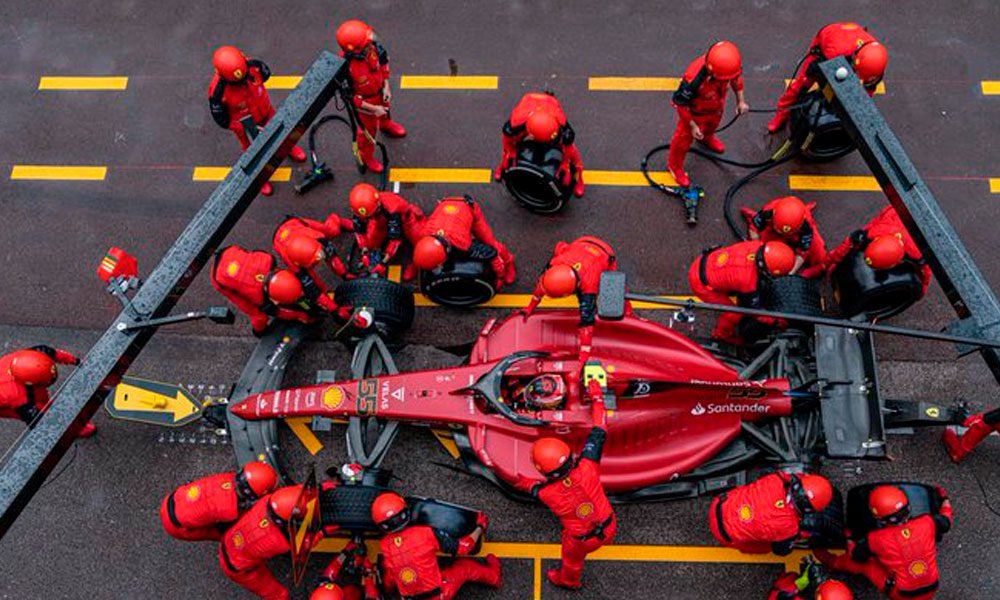 After a dominant start to the Formula 1 season, the Ferrari drivers are beginning to see their Red Bull rivals in the distance and on Sunday they will have a difficult time coming back with Charles Leclerc starting from the back of the grid at the Grand Prix of Canada.

Party on Saturdays, hangover on Sundays: this is how Leclerc summed up his last weekends.

The Monegasque took over the last four pole positions but did not convert any of them into a victory… And what’s worse, Leclerc had to retire twice (Spain and Azerbaijan) due to engine failure.

With the podium that he also lost in Monaco due to strategic errors, the World Cup is beginning to get complicated for the Italian team due to the strength of the two Red Bull drivers: the Dutch Max Verstappen, defending the title, and the Mexican Sergio Pérez.

You can also read:  Denies that Schumacher has come out of the coma

Leclerc had made a brilliant start to the year with two wins from three races and a second place finish, while Verstappen was experiencing mechanical problems with his Red Bull.

At the end of April, after four Grands Prix, the Monegasque was still a solid leader with a 27-point lead over the Dutchman.

But with his stumbles in the last four races, the roles have changed: Verstappen is first with a 34-point advantage over Leclerc, demoted to third behind ‘Checo’ Pérez.

Ferrari aspired to climb positions this weekend at the Gilles Villeneuve circuit in Montreal but its mechanical problems resurfaced in the previous one.

Late on Friday Leclerc was handed a 10-place grid penalty for a change to the engine control electronics.

This element is the fourth of this type used by the team since the beginning of the season, beyond the three allowed.

You can also read:  VIDEO: Impressive race between F1 motorcycle and F1 car

Given the poor prospects, Ferrari decided to take advantage of Saturday to introduce some necessary modifications, a fourth internal combustion engine and one that was going to cost them new penalty positions.

With a completely new engine, Leclerc will start from the back row on Sunday hoping to take advantage of what is one of the most conducive circuits for overtaking.

Verstappen was fighting this Saturday for the ‘pole’ against his teammate ‘Checo’ Pérez and the other Ferrari driver, the Spanish Carlos Sainz, who is not experiencing the expected start of the season with a fifth place in the Drivers’ World Championship.

After the abandonment of the two Ferraris last week in Baku, the team’s boss, Mattia Binotto, tried to play down the situation: “We were not euphoric at the beginning of the season, so we are not going to be depressed now.”

In 2020, the ‘Cavallino Rampante’ suffered its worst season in four decades by finishing in sixth position.

A year later the foundations of the rebirth were laid, with a third place behind the untouchables Mercedes and Red Bull.

Ferrari was preparing its comeback behind the scenes at the Maranello factory, where Binotto sometimes stayed on weekends instead of hitting the circuits.

“We put a lot of effort over the winter to develop the car,” said Binotto.

And the work has paid off as the Ferraris return to racing at speed, but their reliability lapses have made them pay a heavy price.

“It is obvious that we are not in the best possible situation,” acknowledged Leclerc. AFP