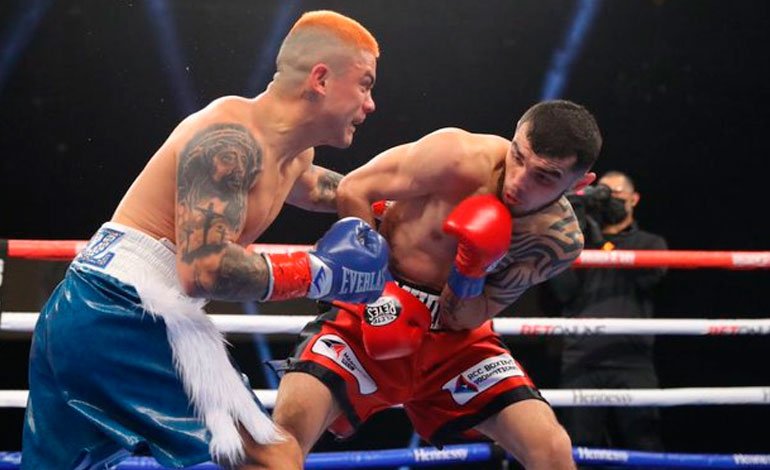 The fight between American Joseph Diaz and Shavkatdzhov Rakhimov of Tajikistan for the International Boxing Federation (IBF) junior lightweight title ended Saturday in California in a majority draw.

Diaz was left without a title on Friday because he weighed more than three pounds over the 130-pound limit at the weigh-in, leaving Rakhimov with a chance to claim the title, which will now be vacated.

The two lefties staged a fight in which Diaz gave up a few rounds in the middle, before bouncing back in the final round to save his pride.

You can also read:  WBC elects Mauricio Sulaimán as president

The 12-round showdown was held at Indio’s Fantasy Springs Casino.

Díaz, 28, was preparing to defend for the first time the 130-pound (59kg) belt that he snatched in January 2020 from his compatriot Tevin Farmer by unanimous decision.

However, the Californian fighter lost the crown at Friday’s weigh-in by exceeding the allowable limit of 133.6 pounds, while Rakhimov scored 129.8.

“It wasn’t my best performance,” Diaz said. «I did not make the weight and I vacated my title. It was a mistake on my part.

Diaz explained that the COVID-19 restrictions during the last week of preparations forced him to train in his hotel room instead of inside a gym.

You can also read:  Pacquiao negotiates fight with Jeff Horn