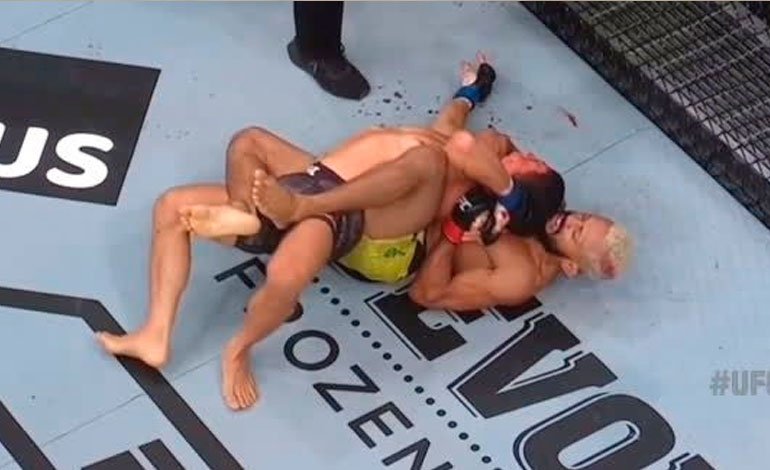 Deiveson Figueiredo seized the vacant flyweight title in the UFC, dominating Joseph Benavídez and getting him to surrender with a choke hold, 12 seconds after the end of the first round.

For his part, Jack Hermansson surprised Kelvin Gastelum, who also gave up in the first episode, by not taking the punishment on one of his legs, in the penultimate contest of the third UFC show in eight days.

Like the previous cards, this one took place on Fight Island, the UFC’s base of operations in Abu Dhabi.

Figueiredo (19-1) became only the third 125-pound champion in UFC history, scoring his second dominant win over Benavidez in five months.

You can also read:  Frampton beats Quigg on points and unifies IBF and WBA crowns

The veteran Brazilian dropped the American three times with punches, and failed in several attempts to strangle him. He finally did it at the end of the round, and Benavidez was apparently unconscious.

“I knew my moment was going to come, and this is it,” said Figueiredo. «I will continue to defend this belt, I will be an active champion.

Benavidez (28-7) fell to 0-4 in UFC title fights. He had never given up in combat during his 14-year professional career.

The main lawsuit was a rematch of the one held on February 29 for the same belt that Henry Cejudo vacated when he retired. Figueiredo did not make the weight for that fight in Norfolk, Virginia, so he could not pocket the title despite knocking out Benavidez in the second round. AP (HN)

You can also read:  Kazakh Gennady Golovkin named Boxer of the Month