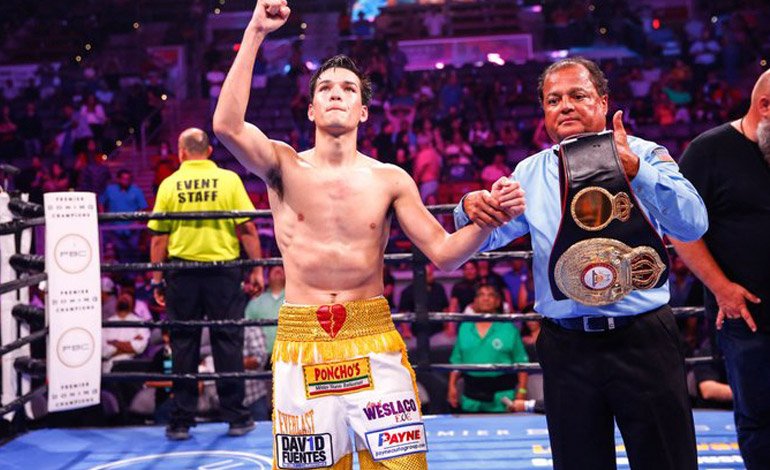 The American fighter Brandon Figueroa, retained the super bantamweight crown of the World Boxing Association (WBA), by putting his Argentine challenger Javier Nicolás Chacón out of combat, in just four episodes by way of an effective knockout.

With his victory at the Bert Ogden Arena in Edinburg, Texas, Figueroa remains undefeated with a 20-0 record and 15 knockouts, leaving Chacón with a record of 29-5-1 and nine knockouts.

Fighting near his hometown of Weslaco, Texas, Figueroa dominated every line in the ring as he made the first defense of his interim title that he won in April.

Figueroa, 22, attacked the body from the beginning of the fight and did so systematically, throwing all kinds of blows with both hands.

You can also read:  Paraguayan boxer calls for "better rivals"

At the end of the fourth round, Figueroa cornered Chacón against the ropes and delivered the decisive blow in the form of a right hook that surprised the Argentine fighter.

Figueroa continued to punish and sent Chacón to the canvas with a combination of a right uppercut and a left straight, forcing referee Rafael Ramos to stop the fight in the second minute of the fourth round.