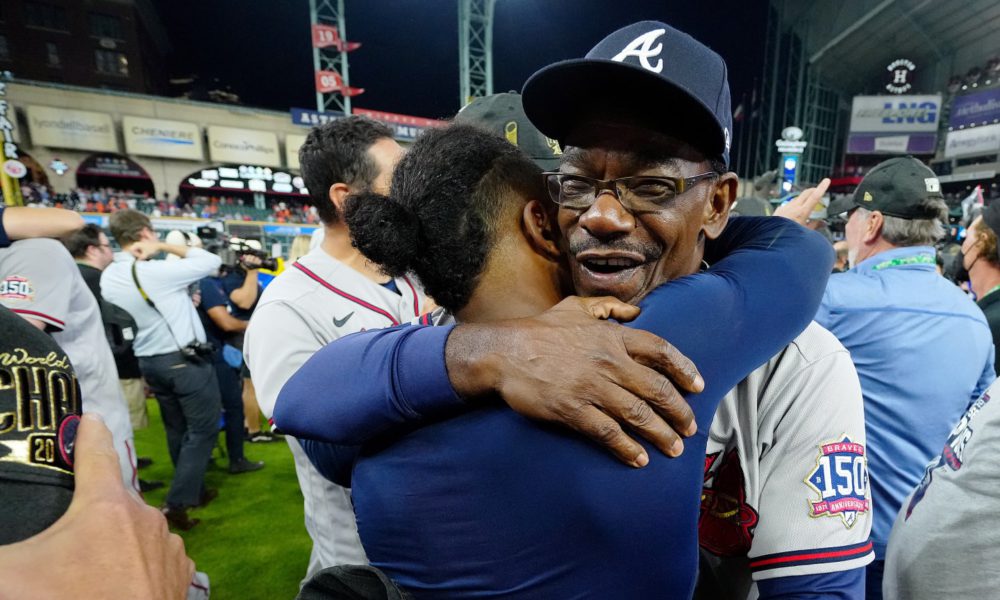 After more than 40 years in Major League Baseball as a player and coach, Ron Washington finally won his coveted World Series with the Braves’ 7-0 win over the Astros in Game 6 Tuesday night at Minute Maid Park.

Washington, the Braves ‘third-base coach, debuted in the majors in 1977 for the Dodgers and has been a coach for the past 25 years, with a stint as the Rangers’ manager between 2007 and 2014, the most notable cycle of his career. as a technician.

Washington had two chances to win a ring with the Rangers in the 2010 World Series (against the Giants) and 2011, when they fell within a title win after the Cardinals took Games 6 and 7. But as it says the saying, better late than never.

You can also read:  José Fernández's ashes were thrown into the sea at the place where he died

Washington began his career as a coach in the Big Top in 1996, when he joined the Athletics staff as a first base coach before heading to coach the Rangers. He returned to Oakland in 2015 before joining the Braves in 2017. The A’s, worth noting, are one of two teams looking for a manager for 2022.

In addition to his work as a coach and manager, Washington has always been highly valued as an infield coach. His influence was evident in Game 6 on Tuesday, when the Braves infield made a series of impressive plays throughout the night, including a pair of double-plays. (MLB IN SPANISH)

You can also read:  Tony La Russa is charged with driving while intoxicated