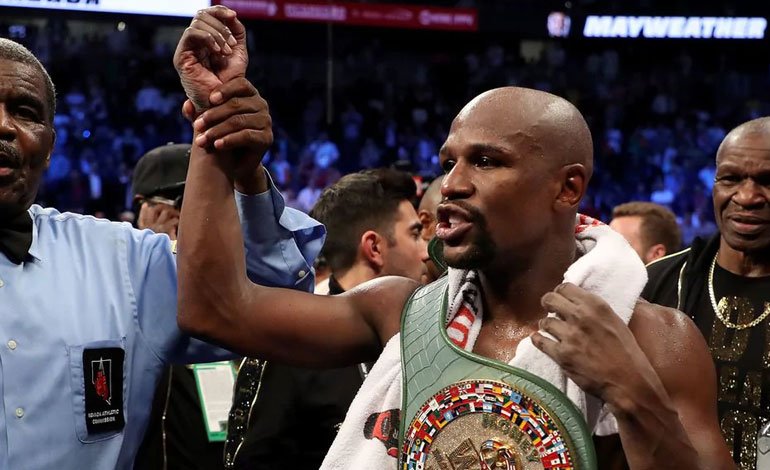 International boxing legends Floyd Mayweather, Wladimir Klitschko and Andre Ward will headline the Class 2021 of the International Boxing Hall of Fame based in Canastota, New York, which will be inducted next June.

In women’s boxing Laila Ali and Ann Wolfe will also be immortalized.

“We are extremely excited for the Class of 2021, and we are ready to welcome the new class of exalted with this great honor,” said Executive Director Edward Brophy, who recalled that the Class of 2020, which includes Bernard Hopkins, Juan Manuel Mátrquez, Shane Mosley, Lucia Rijker and Christy Martin, will also be added after this year’s suspension by Covid-19.

You can also read:  Josec “Escorpión” Ruiz returns to the ring

Mayweather, Ward and Klitschko both benefited from the new Hall of Fame rule of reducing the chance of being elected from five to three years of retirement. One of the fighters who was left out for this Class was the four-time Puerto Rican champion Miguel Ángel Cotto, as well as the former world champion Carl Froch, among the most prominent.

It also has four of the best five payouts in professional boxing history. Ward, also considered one of the best pound-for-pound in the world at the time, won gold in Athens 2004. He cleared the Super Middleweight category by winning the Super Six tournament and towards the end of his career he was already a champion. in the light completes. He was 32-0 with 16 knockouts.

Wladimir Klitschko, meanwhile, was Olympic champion in Atlanta 1996 and was heavyweight champion of the World Boxing Association, International Boxing Federation and World Boxing Organization. He was not monarch of the World Boxing Council because his brother Vitali was there ruling. He fought as a professional from 1996 to 2017, leaving a record of 64-5 with 53 knockouts.

You can also read:  JC Chávez will do boxing exhibition to obtain funds for his clinics

The day of the exaltation will be next June 13; however, activities will begin on June 10, as long as the pandemic allows it. There will be a 5K race, a golf tournament, dinner, autograph sessions, boxing clinics, a banquet of champions, the parade of stars and the final ceremony. (GG) (ESPNDEPORTES)