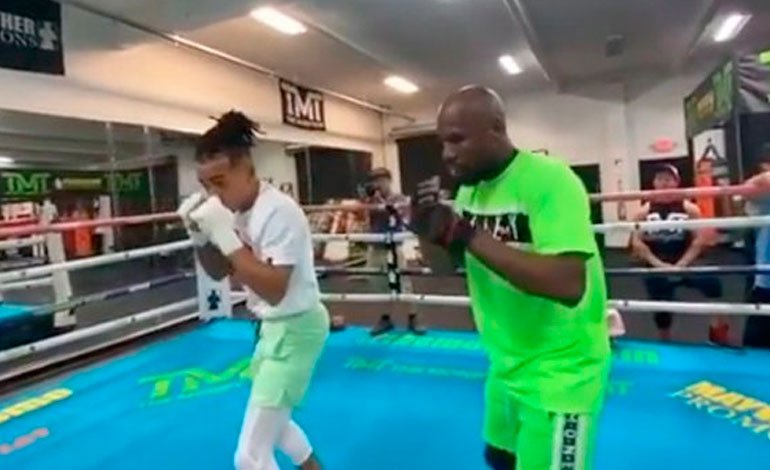 In the video, Ozuna appears with Mayweather on a ring and in which the former world champion instructs the artist on how to strike various blows, including “jabs” and “one-two” combinations.

“Now I’m going to represent Puerto Rico and the Dominican Republic and my Latinos, but in boxing,” Ozuna explained about his purpose of training with Mayweather.

“Thank you Mayweather for believing in my talent,” highlighted the expugil artist, considered by many to be the greatest boxer in history after finishing his undefeated career with 50 wins, no losses.

You can also read:  Former champion Jermain Taylor arrested for shooting his cousin

Ozuna’s intention to meet and train with Mayweather is due to the fact that the artist plans a project to educate youth through former world boxing champions from various countries, one of his representatives told Efe.

Given this, there is the possibility that some legendary Puerto Rican fighters, such as Félix “Tito” Trinidad and Miguel Cotto, will join Ozuna’s proposal.

A brilliant meeting in Puerto Rico: Ozuna wants to learn to box and practices with Mayweather! 🥊🔥 pic.twitter.com/K3zRZmFiQi

Likewise, the video posted by Ozuna became known one day after having released his new and fourth album, “ENOC”, which includes twenty songs and among its guest artists include Daddy Yankee, J Balvin, Wisin, Nicky Jam, the Zion duo & Lennox and Karol G.

You can also read:  Mayweather ran off Pacquiao

The album, whose title is an abbreviation of Ozuna’s artistic identity phrase, “El Negrito Ojos Claros”, includes Daddy Yankee on the song “No Se Da Cuenta”; Zion & Lennox in «What You Wait»; J Balvin and Chencho in “Una Locura”; Nicky Jam on “This Doesn’t Finish” and Karol G and Myke Towers on “Caramelo Remix”.

In «ENOC» there is also a re-recording of the song «Gistro Amarillo», one of the classics of Wisin’s repertoire, «La Gitana», within his album «El Sobreviviente», released in 2004.

“ENOC” also includes “Despeinada”, a song in collaboration with the Colombian singer-songwriter Camilo.

You can also read:  Tyson Fury Retracts From Retirement

Similarly, in “ENOC” the Australian singer Sia and the American rapper Doja Cat collaborate on the song “Del Mar”.

On the other hand, Ozuna confirmed his participation in the twenty-second edition of the Billboard Latin Music Awards on October 21.

Ozuna and Bad Bunny dominate the nominations for these awards, with 14. Efe (HN).