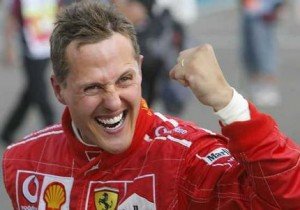 Montreal (Canada), (EFE).- German Michael Schumacher said after the first day of practice for the Canadian Grand Prix that his team (Mercedes GP) is currently third on the grid, behind Red Bull-Renault and McLaren-Mercedes. “The feeling I have is that (in Montreal) we will have a performance in line with what we expect and that corresponds to that of the third fastest team” on the grid, said the seven-time world champion.

Schumacher, a seven-time winner in Canada, was second in the morning session, and team-mate and compatriot Nico Rosberg was third in the afternoon.