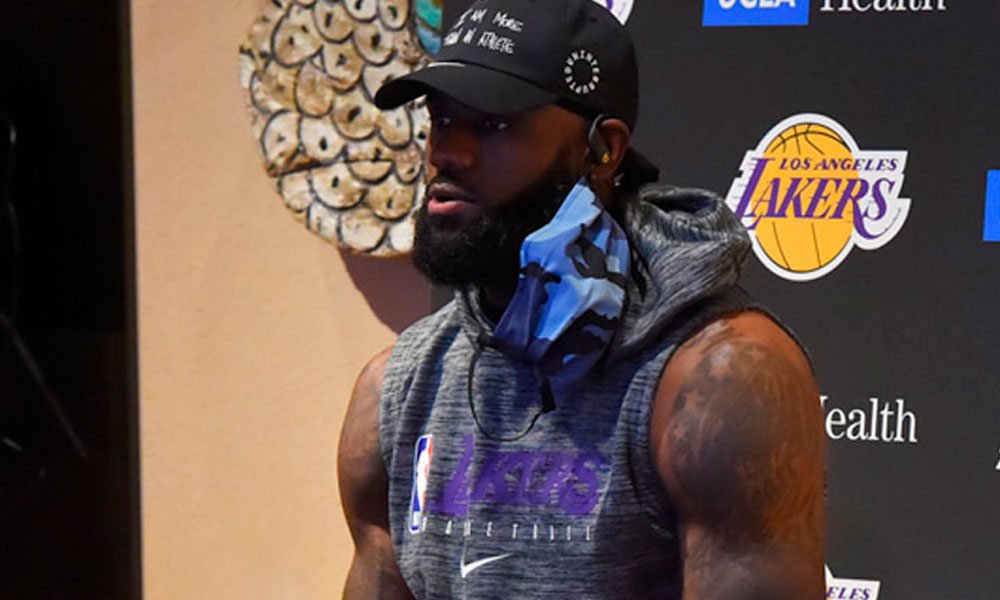 After their fiasco last season, the Los Angeles Lakers have doubled down by surrounding LeBron James and Anthony Davis with an unusual group of illustrious veterans led by Russell Westbrook, in a risky play that raised doubts in the preseason.

At 36 years old, time is running out against LeBron James to win a fifth championship ring that will put him on the threshold of six of his idol Michael Jordan.

‘King James’, along with the arrival of dominant pivot Anthony Davis, revolutionized Los Angeles by winning the 2020 championship but the illusion was deflated with the fall in the first round of the last tournament against the Phoenix Suns.

Although they were weighed down by injuries to LeBron (ankle) and Davis (hamstrings), the franchise decided to revolutionize the roster by keeping only its two stars and promising guard Talen Horton-Tucker, 20.

The first measure was to get Russell Westbrook, a great figure with which to complete a new ‘Big 3’ in the NBA.

To general surprise in the league, the Los Angeles franchise sent three key pieces of its middle class – Kyle Kuzma, Kentavious Caldwell-Pope and Montrezl Harrell – to Washington in exchange for Westbrook, a 32-year-old point guard whose style of play might not. fit in with James and Davis.

You can also read:  The Clippers breathe with their first win against the Gray Suns

With the all-star trio taking almost the entire salary cap, they chose to attract seasoned players to Los Angeles who, in exchange for a chance to fight for their first ring, accepted reduced salaries.

When the new season starts on Tuesday, the Lakers will be by far the oldest team, with an average of almost 31 years (30.7), according to the RealGM site.

The precedents do not invalidate the experiment as Dirk Nowitzki and Jason Kidd’s Mavericks won the 2011 ring with an average of 31.6 years and Michael Jordan’s Bulls capped a title treble in 1998 topping 32.

These teams, however, had spent years building chemistry and automatisms, just what the Lakers have lacked in a preseason in which they have lost all six games.

You can also read:  NBA players approve starting the season on December 22

In the absence of results, voices come out from within the dressing room asking for a little more confidence and time to make this sum of talented individuals become a whole.

“It will take time for us to be the team that we can be. There will be times when we are not quite right, when we take steps back. That’s part of the process… But as a leader I can’t allow myself to be frustrated, ”James told ESPN.

“You cannot be long-lived in this league without discipline. We have guys with mileage, but there must be a reason why they are still playing, “said Rondo, one of the players who have been champions, as well as James, Davis, Howard and Ariza.

On the other side are Westbrook and Carmelo Anthony, two references from the last decade in the NBA who dream of crowning careers full of individual awards.

“We have a lot of firepower, a lot of guys who are very motivated to make sure that we are going to win. We will have to put it all together throughout the season, but I think we have a good opportunity, “said coach Frank Vogel.

You can also read:  Lakers two wins from the title; they overwhelm the Heat again

Russell Westbrook, a 2012 runner-up with the Oklahoma City Thunder, was the MVP (Most Valuable Player) of the 2017 season and entered NBA history last season by breaking the legendary Oscar Robertson’s triple-doubles record.

Critics of his signing by the Lakers, however, point out that Westbrook is too dependent on possession of the ball, which in Los Angeles dominates LeBron, and a worse shooter and defender than the team demanded.

‘King James’, defender of the hiring of the Californian guard, was ironic at the questions, which he believes will serve as extra motivation.

“Keep talking about my team, the age of our players, how they play, that someone is still injured, that we have already served our time in the NBA, and so on. Please: keep the same energy when it starts. It’s all I ask, ”the forward wrote on Twitter. AFP (HN)