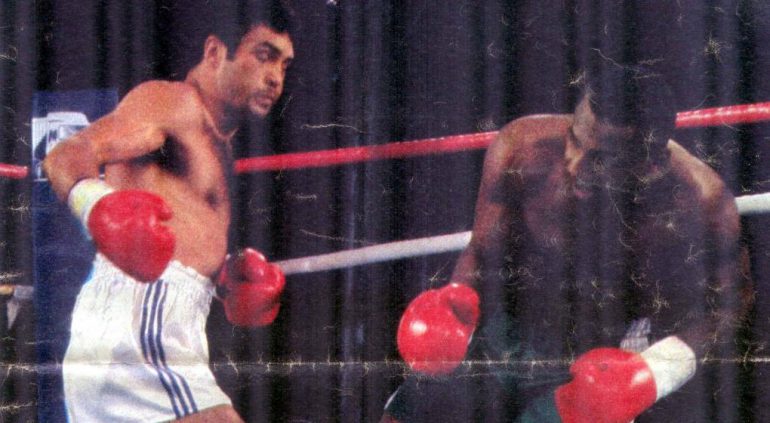 The sport of Córdoba suffered a blow to the chin and is in mourning. This Wednesday the death of Juan Domingo Roldán was confirmed, Freyre’s boxer who was an Argentine and South American champion and a three-time world title challenger.
Due to having caught the coronavirus, “Martillo” was admitted to intensive care and with oxygen at the JB Iturraspe Hospital in San Francisco.

His track record and cold numbers help to understand his greatness: as a fan he fought 90 fights, of which he won 82, drew four and lost four. While as a professional he faced 75 fights: he won in 67 (45 before the limit), fell in five, tied two and one was left without a decision.

And about the first time he put on the gloves, he said: “One night we went to Freyre, to a place where they practiced boxing on the floor, but with gloves. I was 11 years old. I remember jokingly, my dad started yelling if there weren’t any for his chicken. They gave me a small one, I gave it a punch and sent it to the m… They put a bigger one, I put a punch in it and it disappeared ”.

You can also read:  Cuadras hopes to resolve before Estrada and then he will go for 'Chocolatito'

When asked about how he trained, he stated: “For three years I did 40 kilometers every day and only the rain stopped me. I got up at 4, worked in the dairy until 6 and started running at that time. Then I would climb on the tractor, plow until 6pm and from there to the gym on a motorcycle ”.

In another part of that note, he was very grateful to the businessman Tito Lectoure and said that almost everything he achieved was thanks to him: done what I did ”.

With his first “big bags” Roldán bought a house in Freyre and some fields, so unlike other boxers he was able to live with some tranquility after retirement.

You can also read:  Pacquiao lets his fans choose their next opponent

In dialogue with journalists Luis Heredia and Gustavo Farías, Roldán finally spoke about his bad night against Michael Nunn, which precipitated his retirement from boxing: “I no longer had any motivation. The same sparrings that I had when I was preparing to fight Hagler and Hearns, they hit me. The same thing happened to me as to Horacio Acavallo, who, when there were 20 days until a fight, told Lectoure: “Tito, I don’t fight anymore because the sparring partners hit me.” In my case, Lectoure was crying, I couldn’t believe that they hit me. I should have rested for a year, removed my muffas, and then continued. He was young, he was 32 years old. But deep down, I didn’t want to know anything more ”. (GG) (WORLD D)

You can also read:  "Scorpion" Ruiz celebrated by watching the capital classic