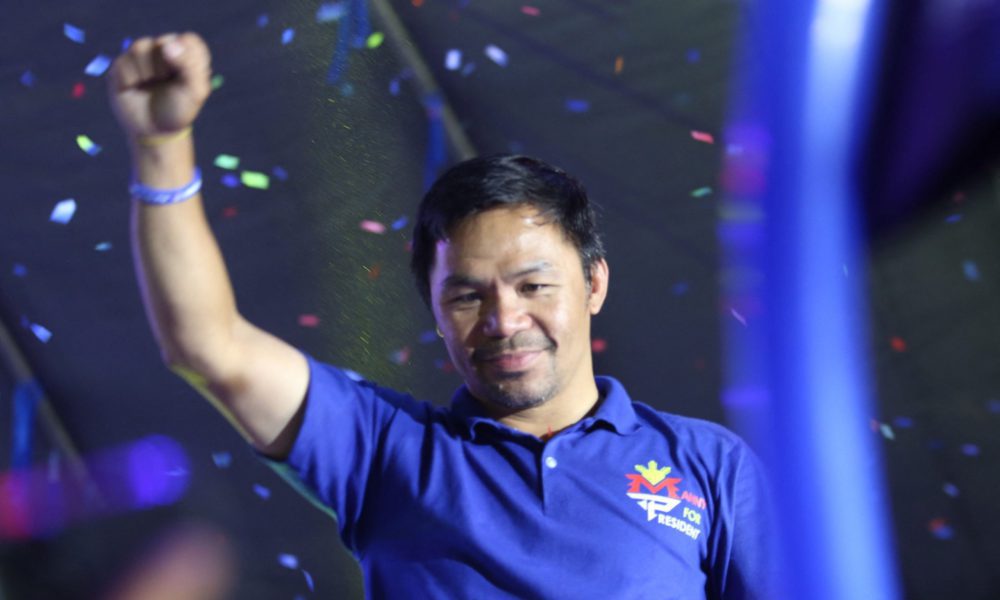 “As a boxer and an athlete, I know how to accept defeat,” Pacquiao said in a video posted on Facebook late Tuesday. “I just hope that even though I lost this fight, my fellow Filipinos who are suffering will win,” he added.

Pacquiao, who presented himself with the promise of fighting corruption and drugs and improving the standard of living of the population, wished success to the winner, Marcos Jr, and asked him to work to “help the many poor” in the country.

Pre-election polls gave Pacquiao few chances of victory. In the initial count, the star of the ring obtained about 4 million votes (6.6%), being in third position behind Marcos Jr and the liberal Leni Robredo.

Pacquiao, a former senator and congressman, announced his retirement from boxing in September and declared himself a presidential candidate shortly thereafter.

Deeply admired in the Philippines for his story as a street kid turned international star, his career in politics is more controversial for his support of outgoing President Rodrigo Duterte’s bloody war on drugs and his absenteeism as a parliamentarian. (AFP)