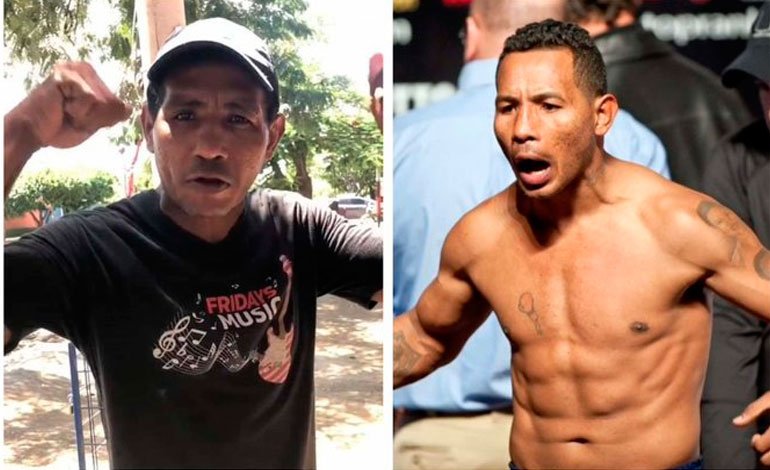 The former two-time world boxing champion, Nicaraguan Ricardo ‘Matador’ Mayorga, agreed to go to a rehabilitation center to overcome his problems of addiction to alcoholism and drugs.

Mayorga, who in his career as a boxer faced champions such as Óscar de la Hoya, Félix ‘Tito’ Trinidad, Fernando Vargas, Miguel Cotto and Shane Mosley, among others, made that public commitment in a video released by the former two-time world champion of boxing, Rosendo ‘Búfalo’ Álvarez.

‘El Matador’, whom witnesses have seen wandering the streets of Managua as homeless, looks thin and haggard, according to those images released by Álvarez, in which he could barely articulate words.

You can also read:  Two years in prison for Cristiano Ronaldo's "little friend"

“It is my duty Ricardo, in the name of God and Jesus Christ, to take you to a rehabilitation center” starting next Tuesday, ‘el Búfalo’ said in the video posted on his Facebook account.

Álvarez told Efe that he has launched a campaign to help the ‘Matador’, whom he considers his brother, to get out of that addiction.

The ‘Búfalo’, who was champion in the minimum weight and light flyweight categories and sent the Mexican boxing legend to the canvas in the minimum weights, Ricardo ‘Finito’ López, explained that he is Ambassador of Social Work of the World Council of Boxeo (WBC) and has contacted Mauricio Sulaimán to support Mayorga.

The boxing promoter, who is president of the WBC and the José Sulaimán Foundation, which supports athletes in this situation, will support Mayorga’s rehabilitation, Álvarez said.

The idea, Álvarez said, is to enroll Mayorga in a rehabilitation center in Nicaragua and later, when the flights resume, in another country.

“The objective is to get him out of drugs, out of vice and away from bad company,” he said.

Álvarez assured that six days ago he received a call from Herenia Silva, Mayorga’s wife, and she told him about her husband’s situation and asked for his support.

You can also read:  'Chocolatito' González is "waiting" for a fight with the Mexican Cuadras

Last January, a group of unknown men beat and assaulted the ‘Matador’, who had to be hospitalized as a result of the beating, although he was later discharged.

The Nicaraguan former fighter, who resides in his mother’s house in the Laureles del Sur neighborhood, in Managua, is an eccentric character who made several million dollars by facing the best fighters between 2001 and 2015.

He generated controversy by dedicating strong words to his rivals and their mothers, getting on the scale eating, smoking in the ring or getting hit in the face in championship fights, showing no pain.

Nicaragua has its second favorite sport in boxing, after baseball. EFE (HN)