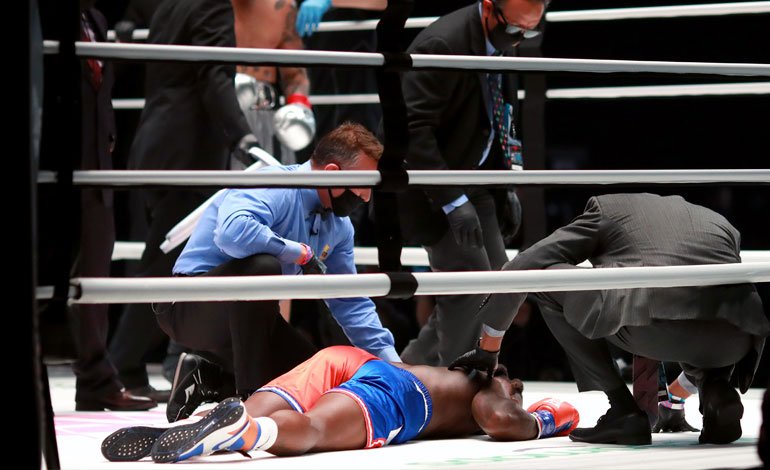 The You Tuber, actor and boxer Jake Paul won this Saturday by violent knockout to former NBA base Nate Robinson, in the second round of the fight scheduled to six.

The 23-year-old Paul, who had already thrown Robinson to the canvas three times, landed a right hand to counter late in the second round that left the former NBA player prone without reacting for several minutes.

After regaining consciousness, the 36-year-old Robinson, who made his boxing debut, had to get help so he could leave the ring at Staples Center in Los Angeles.

Paul was in control of the entire fight Saturday night, dropping Nate twice in the first round and twice in the second, including the one that left him a knockout.

You can also read:  The light fly Argilagos gives the first medal to Cuba in Rio 2016

The fight winner, who is now 2-0, landed just eight punches in the fight, but they all came to the face of Robinson, who played in the NBA through 2015 on eight different teams.

After the fight, Paul praised Nate during an interview with Jim Gray… “It was better than I expected… I wanted to thank Nate for his bravery to get into the ring and all the credit for doing it.”

Paul also expressed his desire to remain in the boxing world for a long time and experts consider him to be young, exciting to watch and becoming a real draw – factors that could give him the option of starting a career as a professional.

You can also read:  VIDEO: Sylvester Stallone to auction off his Rocky possessions

The winner of the fight said he is ready to face another rival and continue to grow as a boxer.

Paul got to work early, dropping Robinson twice in the first round. He knocked him down once more at the start of Round 2 before finally delivering the knockout blow.

During the first round, Paul landed a legal hit to the back of Robinson’s neck, who complained, but replay showed it was a clean hit.

The punishment continued with clear blows from Paul to Robinson’s face, who did not present any type of technique or know how to protect himself, which led to the devastating right-hand strike that ended with a grotesque, destructive fight without any sporting value.

Fortunately, Robinson was able to bounce back afterward and appears to be fine despite the devastating knockout blow, while Paul said he’s ready to take on another opponent. EFE (HN).