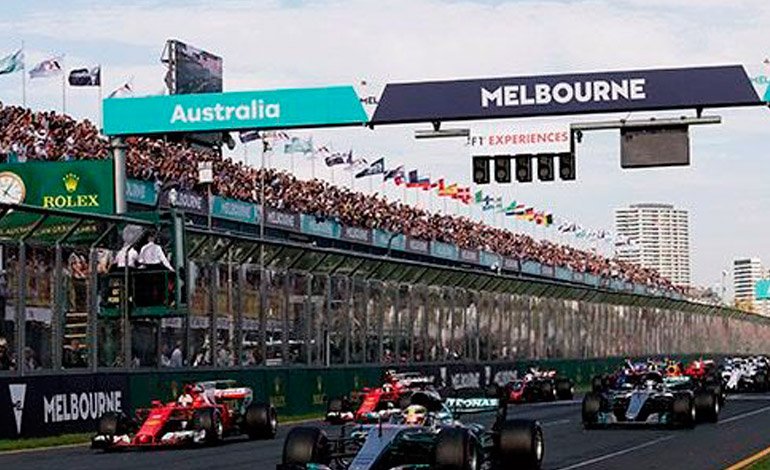 Formula 1 has just finished a particular season. Marked by the delay in its start due to the advance of the coronavirus at the beginning, the 2020 calendar again showed that Lewis Hamilton and Mercedes are an extremely dominant couple in the category. The Briton became champion again for the seventh time and equaled Michael Schumacher as the rider with the most titles in history.

A few days before the arrival of the new year, and while some vacant seats for the Great Circus have yet to be defined, the FIA ​​World Council announced that there will be 23 Grand Prix for 2021. In this way, in the event that they are successful All tests without cancellations, next season will be the longest for Formula 1 in its 72-year history.

The next season of the top flight of world motorsport will begin in Australia on March 21 and a week later it will be the turn of the Bahrain Grand Prix, which was one of the last circuits to be raced this year. In addition, the new program includes on two occasions three consecutive races: in this way, the International Automobile Federation ensures to compact six tests in seven weeks after the summer holidays in the northern hemisphere.

You can also read:  Bottas claims to be fit and will race in Malaysia

Another of the details of the calendar to highlight is that the competitions in Russia, Singapore and Japan will be played in consecutive weeks from the weekend of September 26 to October 10. Then, on the 24th and 31st of the 10th month of the year, the Grand Prix of the United States and Mexico will be run with a distance of seven days.

Within the schedule, there are two races that are marked with an asterisk. One is the Spanish Grand Prix to be held at the Barcelona-Catalonia racetrack, scheduled for May 9, since it is pending the signing of the contract. The other test yet to be confirmed is that of April 25, which had been granted for Vietnam, but was canceled because one of its promoters was arrested.

You can also read:  The emblematic turn 17 of the Mexican circuit is named after Nigel Mansell

In that sense, according to the press related to motor sport, among the circuits that are nominated to replace Vietnam, those of Portimao, Portugal, and Istanbul Park, of Turkey, which had their dates during this year, stand out. The crowning GP, or the last of the 2021 season, will be the same as in 2020, in Abu Dhabi.

Finally, in the last hours it was announced that the Brazilian Grand Prix will continue to take place at the iconic Interlagos circuit until 2025. In 2021 it will take place on November 14. (GG) (Infobae)

You can also read:  The 'retiree' Sebastien Loeb, first leader of the Monte Carlo Rally

May 9 – Spain (Barcelona) * signature of the contract is missing