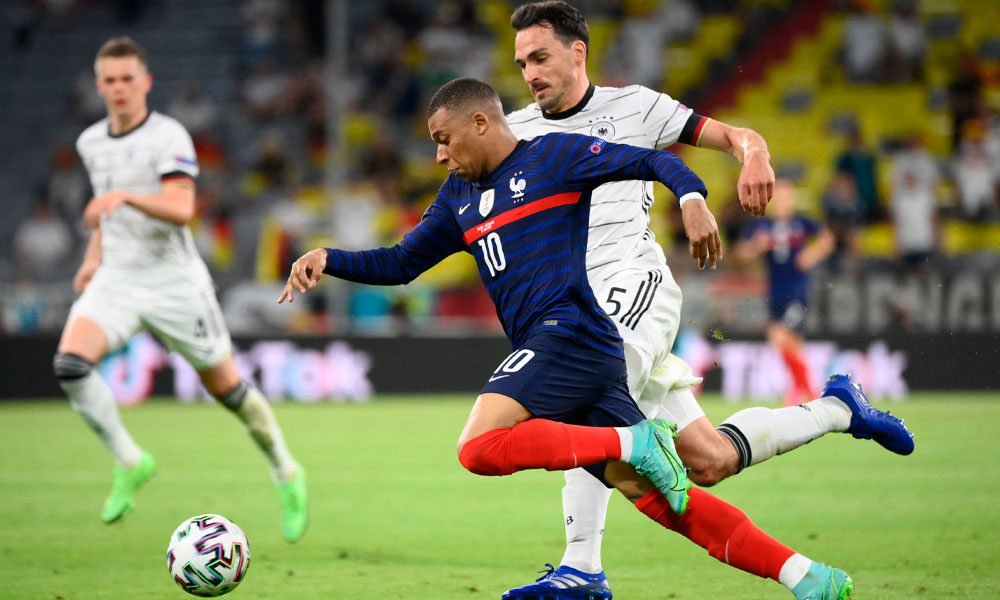 An own goal by Mats Hummels, in the 20th minute, gave France the 1-0 victory against Germany in a match in which both teams made a great tactical and physical display with the French superiority in terms of door arrivals

Hummels scored an own goal when trying to deflect a cross launched by Lucas Hernández from the left of the area that was looking for Kyllian Mbappé.

However, much of the damage to the German defense had been done earlier, with a diagonal pass from Paul Pogba leaving Lucas Hernandez wide open inside the box.

The play was a sample of the basic offensive recipe of France, the current world champion, with changes of front looking for empty spaces that would leave the line of five with which Germany defended, which had started having enough ball possession although with many difficulties to reach to door

You can also read:  Sevilla FC want Dani Alves back

France, on the other hand, when it began to take the initiative, began to arrive with a certain danger. Before the goal there were two dangerous situations, a header by Pogba after a corner kick in minute 15 and a shot by Mbappé in minute 17 that Manuel Neuer had to deflect for a corner.

Germany tried to get there but France closed the center well and except for a deflected header by Thomas Müller in minute 23, there were no clear approaches in the first half. The goal against greatly affected the approach of Joachim Low’s team, who at the beginning had wanted to pose the problem from possession and avoiding rushing after reaching the goal.

You can also read:  Messi: «PSG is a possibility»

Germany had good phases in the second half. A great opportunity at the feet of Serge Gnabry in minute 54 and moments of pressure. However, the French closed spaces well and also began to have spaces to seek counterattack.

Two goals, one against Mbappé and the other against Karim Benzema, were disallowed for offside. A shot from Rabiot hit the post. Another occasion was saved at the last moment by Hummels by winning a duel against Mbappé in extremis.

France not only resisted but also came close to widening their advantage against a German team that never gave up but found no loophole to avoid a defeat that significantly complicated their lives and that relaunches the proposal, serious and attractive, at the same time, from the ensemble of Didier Deschamps.