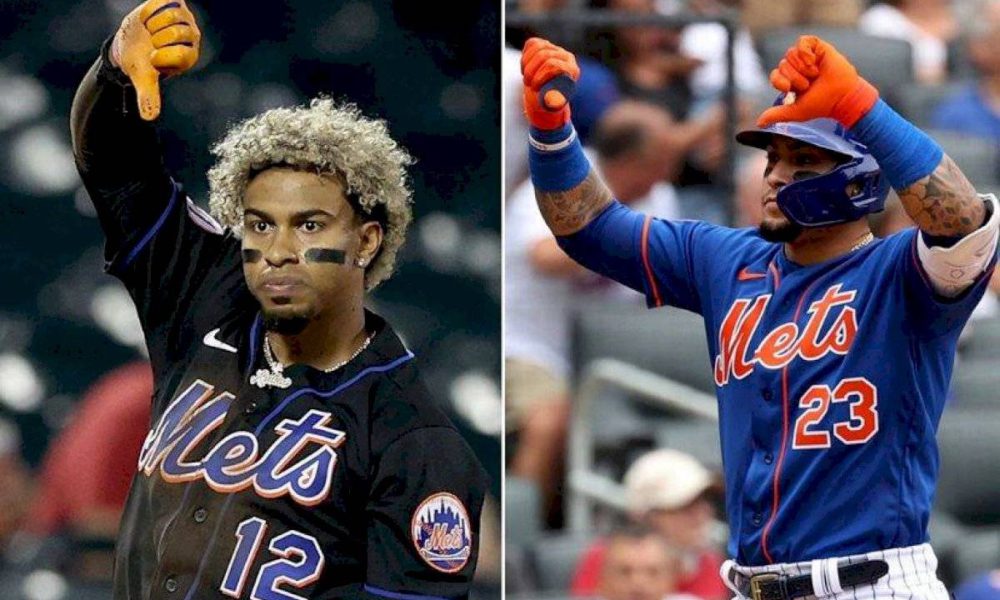 Francisco Lindor and Javier Báez apologized to New York Mets fans on Tuesday, saying they were wrong to thumb down after being booed in recent games.
“It doesn’t look good from us,” Lindor said.
The issue reached a boiling point within the organization when Baez gave the crowd a thumbs-down gesture after taking a hit during Sunday’s 9-4 victory at Citi Field.
«#Fans We just need to be together! We want to win too! » Báez posted on Twitter on Tuesday. «The Magician is going to be The Magician! #LGM »
Baez is hitting .210 / .258 / .452 with three homers and five RBIs in 17 games since being acquired from the Chicago Cubs at the trade deadline. Since then, the Mets have fallen from first place to third in the NL East.
Lindor is hitting .224 with 11 homers, 38 RBIs and 10 stolen bases in his first season with the Mets since signing a 10-year, $ 341 million deal with the team last offseason.
“Sometimes I have sucked and have not done my part when it comes to the offensive side,” Lindor told reporters Tuesday. “But I don’t think we have a lot of guys complaining all the time from the media, the fans, the city, no, no, no.
“We are playing, we are trying to win. We are trying to do whatever it takes to win and represent the organization in the right way. “
Kevin Pillar also showed the thumbs-down gesture, but said after Sunday’s game not to “look too much at this” and that “we’re having fun.”
Mets president Sandy Alderson said Sunday that the gestures “are totally unacceptable and will not be tolerated” and that “boos are a right of all fans.”
On Tuesday, Mets owner Steve Cohen said on social media that he was happy the players apologized.
“Glad to hear our players apologize to the fans,” he posted on Twitter. “Let’s support our players today and let’s go out and win 2 today.”
The Mets were completing a delayed game against the Miami Marlins since April 11 before Tuesday’s regularly scheduled game. (ESPNDEPORTES)

You can also read:  Ichiro would continue to work with the Mariners