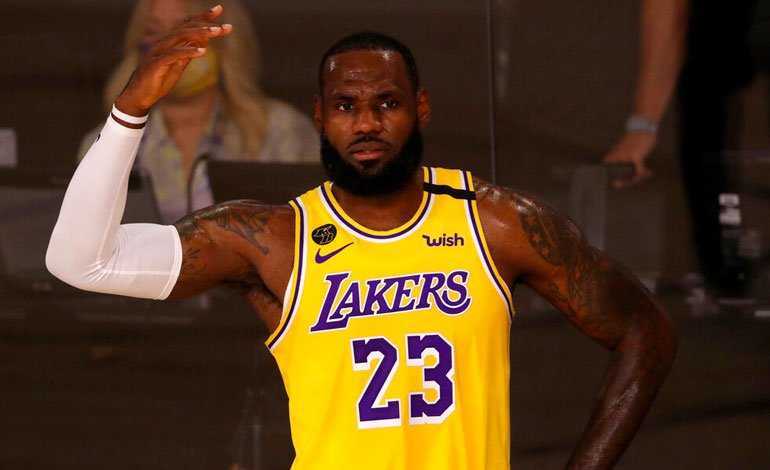 On the way to consuming the first two months of the regular season, teammates and coaches have begun to campaign in favor of those players who they believe deserve the individual awards given by the NBA.

As the main course of this list of awards is the one destined for the best player of the season. And Frank Vogel, coach of the Los Angeles Lakers, is very clear to whom this distinction should be directed: to LeBron James. Who else?

At 36, the four-time NBA champion is at an exalted level and neither his age nor all the minutes that his legs have endured in the last three games seem to take their toll on him. These duels have resulted in victory after a previous dispute of two extensions. And Akron’s numbers haven’t gone unnoticed at all: 28.7 points, 8.3 rebounds, 10.0 assists and 2.7 steals in more than 43 minutes.

You can also read:  Heat does not have priority to extend contract to Bam Adebayo

“He made several important defensive plays. He became a shit for Horford in various situations, “said Frank Vogel after the victory against the Thunder as reported on the NBA website. “That is why he must be the MVP this year. He’s charging the team on offense and he’s the leader of the best defense in the league. He’s playing amazing. “

The Lakers beat Oklahoma on LeBron’s 25 points, 6 rebounds and 7 assists. The Los Angeles team occupies the second position in the Western Conference (20-6) in the wake of the Utah Jazz (20-5).

Despite the good collective and individual performance, there are many who suggest a greater dosage of their minutes in order to focus the playoffs in the best possible physical and mental state of shape.

“There is always concern, but he feels good. It was not among the plans to go to extra time and play for more than 40 minutes, but he has to be on the court in those situations to win the games. These are the hardest games to play. We are not worried about being tired. We are a team that makes no excuses. We will give him rest later by not talking to the press, “joked the head coach.

Frank Vogel has not hesitated for a second to praise LeBron since his arrival in Los Angeles. After winning the 2020 championship, he already defined him as “the best basketball player I have ever seen”, just a few months after campaigning for the MVP of the season award, which ended up in the hands of Giannis Antetokounmpo for a second consecutive year.

Now, the first forecasts place him among the top three candidates for the award along with Nikola Jokic and Joel Embiid. (GG) (NBA Maniacs) 40