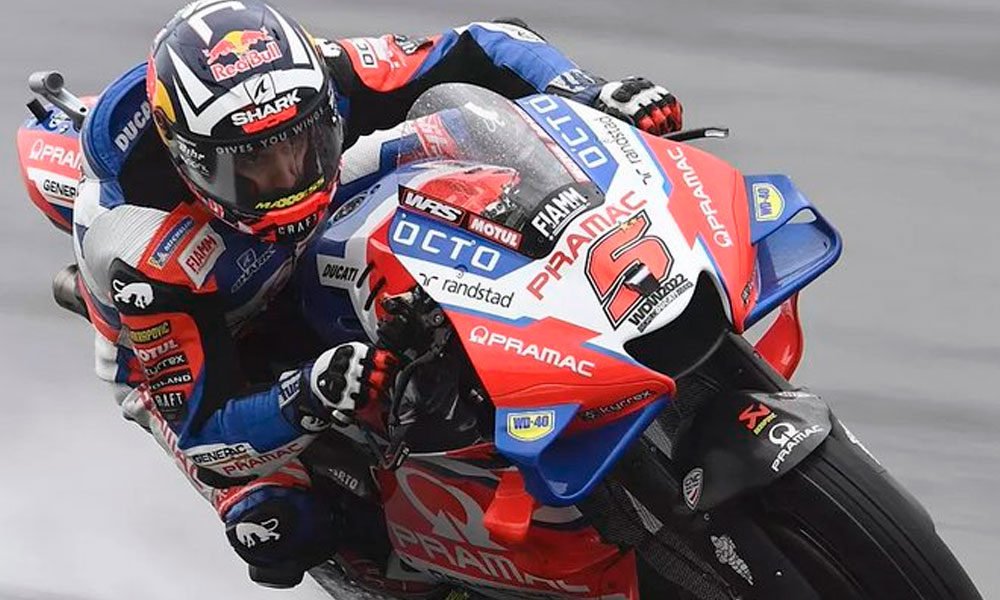 Frenchman Johann Zarco (Ducati-Pramac) will start from pole position at the Moto GP Grand Prix of Portugal, on Sunday, after setting the fastest time in qualifying ahead of Spaniard Joan Mir (Suzuki).

The Spanish Aleix Espargaró (Aprilia) will complete the first row after having made the third fastest time. The leader of the World Championship, the Italian Enea Bastianini (Ducati-Gresini), will start from 18th place.

“I didn’t expect such a good lap,” admitted Zarco, who enjoyed a dry track with the return of good weather after rehearsals took place on a wet track.

You can also read:  Hamilton leads another Mercedes double in Leclerc's Bahrain drama

Some climatic conditions that harmed several favorites. In addition to Bastianini, who crashed in the first part of qualifying, another Italian, Francesco Bagnaia (Ducati) also crashed in Q1.

The seven-time Spanish world champion Marc Márquez (Honda) was fighting for pole position, but his lap was canceled by a crash of his compatriot Pol Espargaró in the last corner. AFP