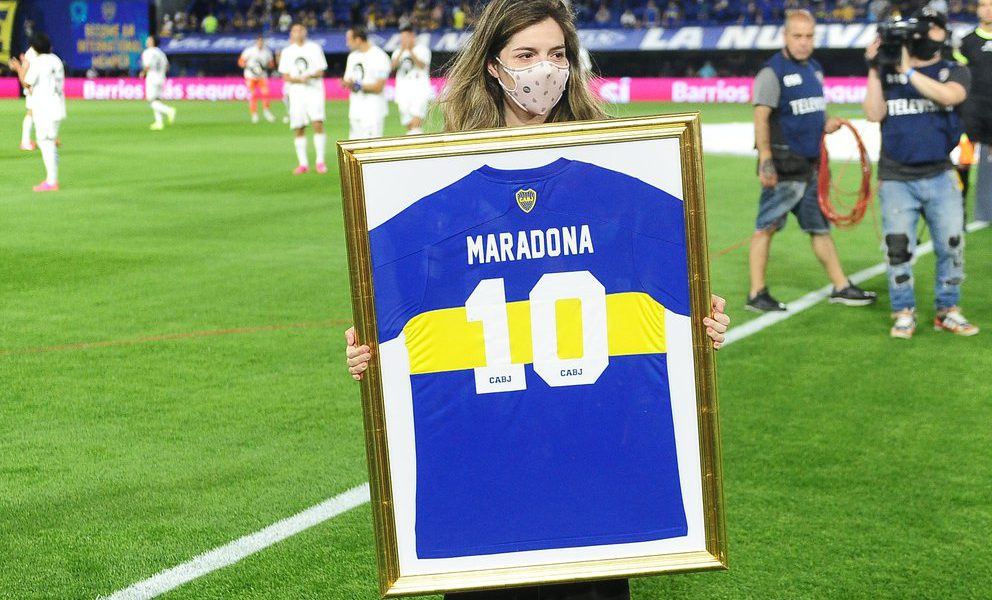 Fate gave a special wink. On the one hand, his first love. Of the other, the last. Boca Juniors and Gimnasia de La Plata faced each other for the Professional League and coincidentally did so on October 30. The first birthday without the physical presence of Diego Armando Maradona, the day he would have turned 61. La Bombonera lived a special day that had different condiments and the special presence of Dalma, one of the daughters of the Ten.

The events that reminded the historic footballer were repeated throughout the day, but there were two outstanding moments both seconds before the start of the game and in the 10th minute, an initiative that the directors of Argentine football had in all the games to honor him . Xeneize, the club of his loves and in which he had different steps as a footballer, received Lobo, the last entity that hired him as a coach.

You can also read:  Czech referee habitual in 'Champions', related in a match-fixing case

* The tributes in the previous match The players took to the field with an allegorical T-shirt to Diego and the local leadership gave him a framed Boca shirt and a 10 of Maradona to Dalma. Captain Carlos Izquierdoz was in charge of presenting the gift to him on the field of play, as well as giving him a special plaque with the company of lateral Frank Fabra.

While the stands exploded with chants referring to the idol, in the central circle there was a gigantograph that revived the image of Maradona with the first Xeneize shirt that he wore during the initial stage at the club between 1981 and 1982.

However, the most special moment occurred when referee Ariel Penel blew his whistle to warn that the 10th minute was beginning. The game was stopped, the stadium lights began to accompany the event and Rodrigo La’s song sounded from the loudspeakers. Hand of God dedicated to the former soccer player.

Flags, masks, t-shirts and other objects related to Diez were repeated in the different stands, which had the special presence of Guillermo Coppola, former manager. From the playing field, there was a release of blue and gold balloons wearing a Maradona number 10 jacket, at the same time that the screens showed his plays in the colors of his loves.

You can also read:  Everton suspends player accused of sex crimes against minors

Dalma, located in the family box, could not hide her tears. Next to him, a white T-shirt with a black inscription: “Justice for D10S !!”. Another outstanding scene was in another of the boxes: Juan Román Riquelme, vice president of the institution, who had a quarrel with Diego in recent years, respectfully applauded the moment.

There was still another outstanding memory on the court. At 17 minutes, Pulga Rodríguez took charge of the penalty in favor of Gimnasia, changed it for a goal and in the celebration Maradona’s allegorical patch was kissed.(Infobae)