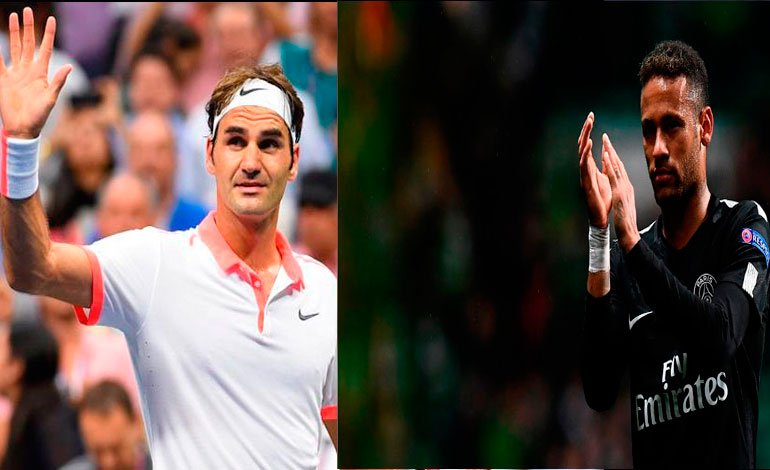 Cristiano Ronaldo, Roger Federer, Jordan Spieth, Usain Bolt and LeBron James were once again some of the most prominent protagonists of the year and not only because of what they did on the sports stages: with the microphones they also left their mark.

The agency dpa offers a summary with ten of the best phrases of 2017:

1- “A few months ago, Nadal and I were more to do a charity match, now we can play the final of the Australian Open.” Roger Federer, before playing the semifinal in Melbourne. They not only played that final: between the two of them the big four won and finished the year as number one and two in the world tennis rankings.

2- «I could have celebrated a little more, I don’t know why I didn’t. He didn’t really realize what had happened. Now I think that, with so many cameras and photos, I should have had a different kind of celebration. American Jordan Spieth, after winning the British Golf Open, the third major of his career.

3- «The Warriors were already formed and only added Kevin Durant, who was ready to sacrifice himself. A very talented guy willing to do whatever it takes to help his team win. ” LeBron James, before playing the NBA Finals with the Cleveland Cavaliers against Golden State, who finally won 4-1 and added his second title in three years.

You can also read:  Federer falls in Halle semifinals to young German

4- «I have never been motivated by money. I seek my happiness. If it had been for money, I would be elsewhere. Every player has the right to leave. I have not disrespected anyone ». Neymar, in his presentation as a new Paris Saint-Germain footballer, who paid 222 million euros to Barcelona for the rescission clause of the Brazilian. It was the most expensive signing in history.

5- «I don’t regret having been in London because my fans wanted to see me for another year. I’m happy I gave them what they wanted regardless of how it turned out. I don’t think a race or a championship is going to change what I did during all these years. The Jamaican Usain Bolt, after losing his first final in the 100 meters at the World Championships in London and failing to finish the 4 × 100 relay due to a muscle injury in the last competition of his career. 6- «I can’t say if I will be able to catch up with (Michael) Schumacher at the moment. It’s difficult… It took me ten years to get these four. I still don’t have that desire to match him. Matching (Juan Manuel) Fangio would be pretty cool. My goal is to match Fangio ». Lewis Hamilton, after celebrating his fourth Formula One title and being three crowns from the German and one from the Argentine.

7- “I am ready to go to any court or disciplinary body and say that in Russia there has never been and never will be a program to cover up doping.” Vitali Mutko, Russian deputy prime minister and former sports minister, in the run-up to the 2018 World Cup in Russia draw and four days before the International Olympic Committee (IOC) sanctioned the country for systematic practices of doping and manipulation of samples with state support. .

You can also read:  VIDEO: Sharapova sent a Christmas message to her fans

8- «It was an unprecedented attack on the integrity of the Olympic Games and on sport. The IOC executive committee issued commensurate sanctions for this systematic manipulation while, at the same time, protecting clean athletes. Thomas Bach, President of the IOC, when announcing the sanction to the Russian Olympic Committee and allowing athletes from that country to compete in the 2018 Pyeongchang Olympic Games under a neutral flag.

9- «I am the best player in history». Cristiano Ronaldo, after winning the fifth Ballon d’Or. «Cristiano the best in history? Tell him not to screw, “Diego Maradona replied in an interview with” As “after hearing the phrase from the Portuguese.

10- «Everyone knows that I have asthma and I know exactly what the rules are like. I use an inhaler to prevent symptoms and I know perfectly well that I will be checked every day that I wear the leader’s jersey ». Chris Froome, after a positive control was known during the last Tour of Spain.