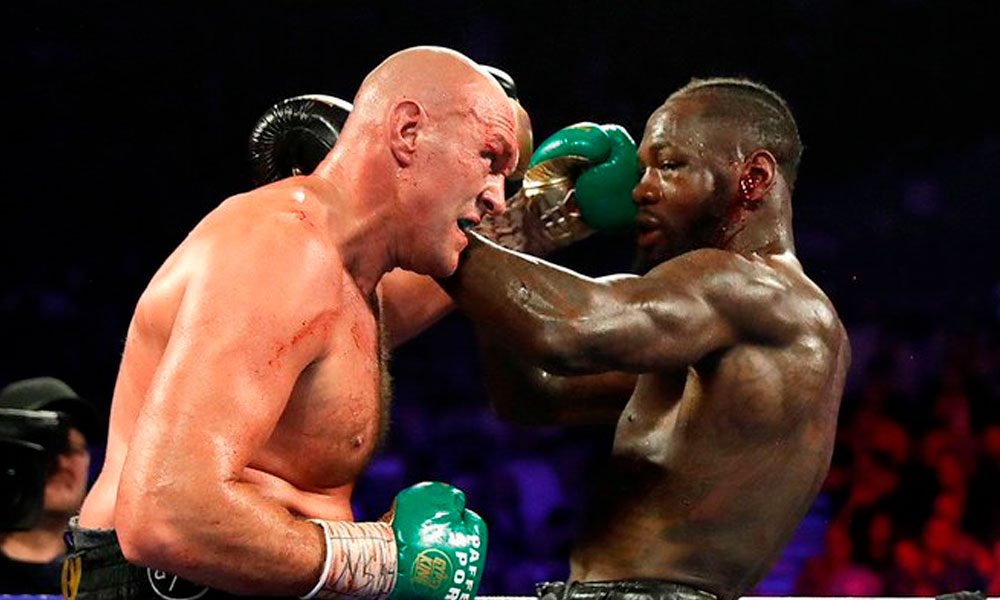 In the most anticipated fight of the year, Britain’s Tyson Fury will defend his World Boxing Council (WBC) heavyweight crown on Saturday against American Deontay Wilder in the third, and probably last, installment of a three-year rivalry.

The trilogy, to be completed on Saturday at the T-Mobile Arena in Las Vegas, Nevada, previously saw an epic draw in Los Angeles in 2018, when Fury survived a 12th round takedown and a clear victory for the Briton in February 2020.

Since that second episode, both fighters have gone through a tortuous preparation marked by bitter legal disputes, a Covid-19 outbreak and allegations of deception.

If last Wednesday’s tense press conference is any guide, the stage is set for another explosive fight between Fury, the self-styled “Gipsy King,” and Wilder, Alabama’s “Bronze Bomber.”

Neither fighter has fought since their second bout 20 months ago, when undefeated Fury snatched Wilder’s five-year-old WBC belt.

Rather than face the American again, Fury had planned a heavyweight belt unification bout this year against compatriot Anthony Joshua, but an independent referee ordered him to concede Wilder a third rematch bout.

This fight was originally scheduled to take place in July but was postponed until October after Fury (30-0-1, with 21 knockouts) and members of his team tested positive for coronavirus at their training camp.

Wilder (42-1-1, 41 KOs), for his part, insists on a series of unproven explanations about his latest loss to Fury, ranging from handling his gloves to handling his water cans.

Fury, 33, addressed those remarks by Wilder, 35, when the two shared the stage at a news conference Wednesday.

“He knows what he’s saying is a lie,” said the Briton. And in the depths of his soul, he knows that he lost. He lost the first time, he lost the second time and he will lose the third time.

Following last year’s defeat Wilder replaced his trainer Mark Breland – whom he had accused of throwing in the towel too soon – with Malik Scott, a 40-year-old former heavyweight who suffered a first-round knockout of Wilder during his own career. .

You can also read:  Joshua and Pulev postpone their fight for December

Scott says he has worked to expand Wilder’s offensive arsenal, adding other weapons to his powerful right hand, considered the most fearsome in the premier class.

“Deontay has good fundamentals, it’s just that he didn’t use them a lot,” Scott said.

Wilder, for his part, says he has “reinvented himself.”

The American will have to prove that his new version is good enough to surpass Fury, whose superiority in size, movement and ability to counterattack surpassed the American in his previous encounters.

Fury has acknowledged that Wilder is now a more dangerous opponent given the stakes.

“This is their decisive fight,” said the Briton. “Everybody expects me to go in there and beat him up, and I will, but Deontay Wilder can never be written off because he’s more dangerous now than ever.”

You can also read:  Marta Brañas travels in her "best moment" to Panama for the Fedecaribe title

In the event of a win, it’s unclear what awaits Fury after Saturday’s fight. The heavyweight division is still digesting the fallout from Joshua’s sweeping loss to Ukrainian Oleksandr Usyk last month.

Joshua has vowed to seek a rematch with Usyk in 2022, which means a Joshua-Fury fight is unlikely in the short term. The fact that there is no clear path to a unified champion is a source of frustration for Fury’s American promoter, legendary businessman Bob Arum.

Although Fury insists he looks no further than this weekend, Arum said the long-term outlook should be clearer.

“If people were sensible, the solution would be obvious,” Arum told the BBC this week.

What should happen is that Tyson wins on Saturday. Everyone should agree that I fight Usyk next for the unified title, on the condition that the winner fight Joshua. If this were a sensible sport, that is what would happen, but it is not, “he said. AFP (HN)