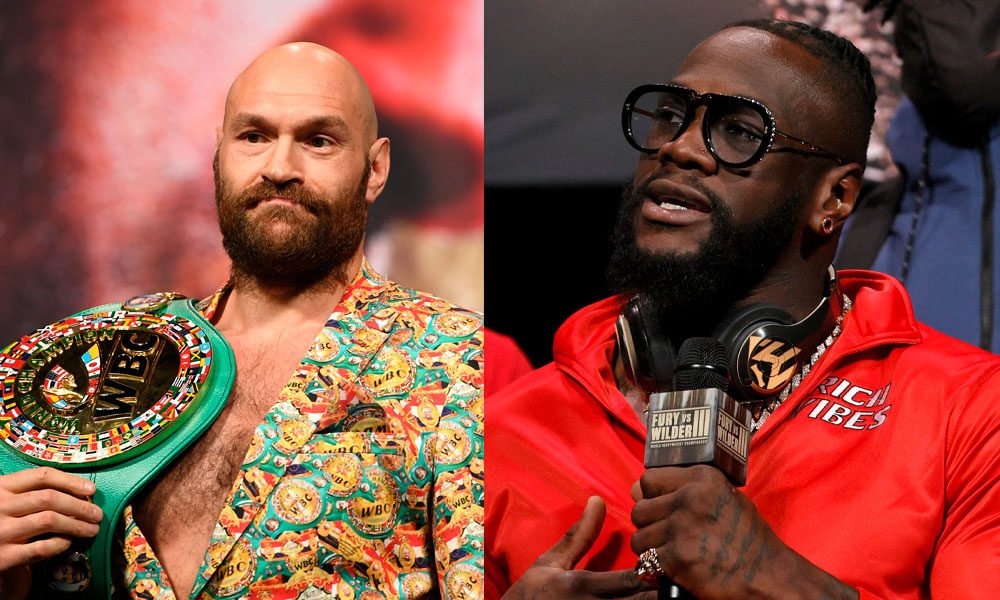 The British Tyson Fury and the American Deontay Wilder exchanged insults, in a press conference destined to promote the fight for the heavyweight title that they will play next Saturday in Las Vegas, Nevada.

Fury risks his World Boxing Council (WBC) heavyweight belt in Las Vegas on Saturday when he faces Wilder for the third time, 20 months after knocking out the American in his second fight.

At Wednesday’s press conference, broadcast live on US television, profanity and sparks erupted as Fury mocked Wilder for the circumstances of his defeat to the self-described “Gypsy King” last year.

As the spikes rose, the host of the press conference sought to bring both fighters together for a traditional head-to-head look, only for Fury’s promoter Bob Arum to veto the confrontation.

Fury and Wilder, who met in a press conference before their first fight in Los Angeles in 2018, were taken off stage shortly after.

This ended a contentious encounter at the MGM Grand Garden Arena, which turned ugly when Fury confronted Wilder over the American’s accusations that the Briton cheated during the last fight.

Wilder has accused Fury of tampering with his gloves for the second fight, where Fury dominated to score a knockout in the seventh round.

The American was adamant in his various cheating claims when asked about them on Wednesday. “I will go to the grave believing what I believe,” Wilder said. “Men lie, women lie, but your eyes do not lie what they see.”

You can also read:  The 10 great difficulties that Ronda Rousey faces on her return to the UFC

But Wilder’s comments were dismissed by Fury as the words of a “sick person.”

“He accused me of everything, he accused the team, the coach, the suit, the injuries. Who else did he accuse? Oh yeah, the Nevada State Athletic Commission too. And to the referee, “said Fury wryly (30-0-1, with 21 knockouts). AFP (HN)