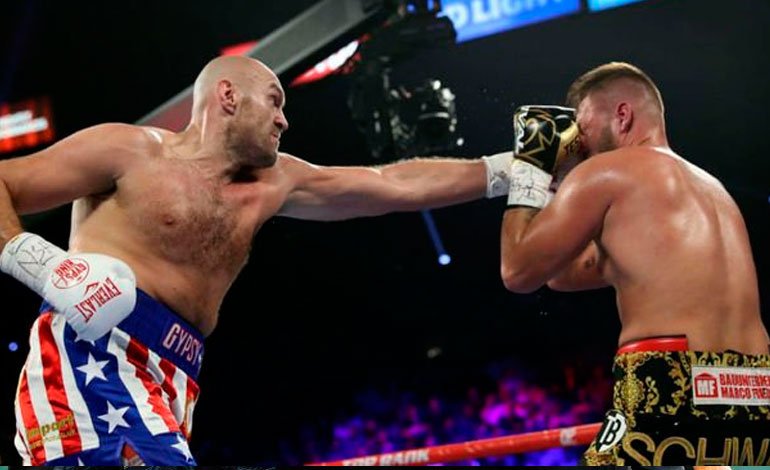 Fury overwhelmed Schwarz with a dazzling display before beating him at the MGM Grand Garden Arena.

The 30-year-old Briton established his dominance early on, subjecting Schwarz to several stiff left jabs in the first round, which reddened the German fighter’s face.

“The key tonight was to have fun,” Fury said afterward.

“I came here to have fun and put on a show for Las Vegas and I hope everyone enjoyed it as much as I did,” added Fury, who had entered the ring in a costume with a James Brown-style stars and stripes patterned robe. “Living in America. AFP

You can also read:  Mexican Estrada knocks out Filipino Asenjo in three rounds