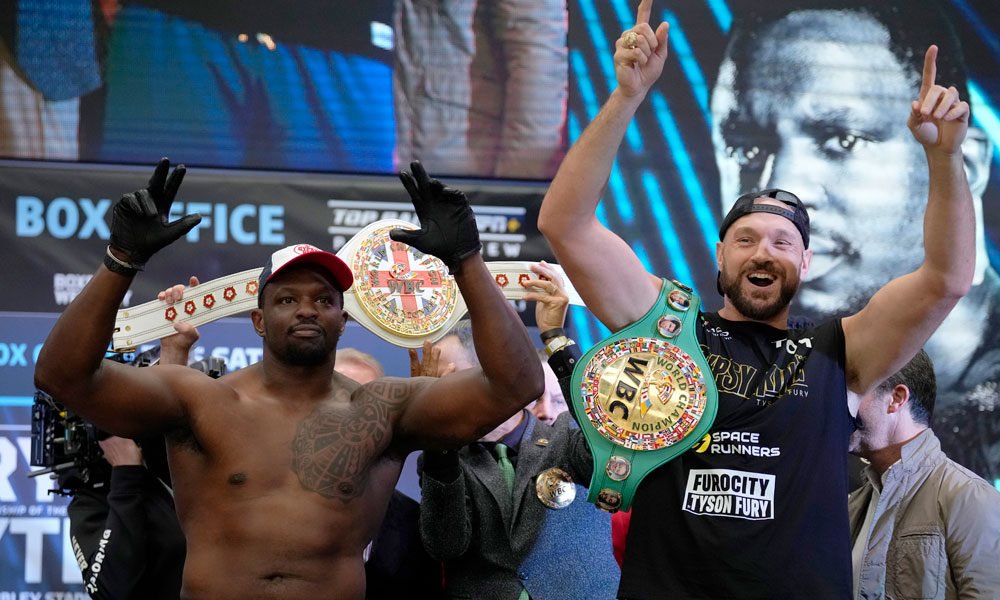 The British Tyson Fury, heavyweight champion of the World Boxing Council, will defend his belt this Saturday against his compatriot Dillian Whyte, in one of the most anticipated fights of the year.

At Wembley Stadium in London, Fury, with 31 wins, 22 by knockout, and one draw, will seek to capitalize on his greater reach against an opponent with 30 wins, 19 on the fast track and a couple of setbacks, who arrives hungry sport for the possibility of becoming world champion.

«It will be a great fight; There will be risk for both. It’s a risk to walk to the left of Whyte, because of his uppercut that he could knock out a bull with. He is a very dangerous boxer that I should not take him lightly, »acknowledged Fury, 33, referring to his rival, a year older.

You can also read:  Thurman returns after 22 months and retains title against López

With punch, agile movements unusual in his division and multi-tool boxing that includes good defense and return shots, Fury comes out as the favorite, but he will have to do everything well because, in addition to the hook, Whyte has a good jab and also has power. in his fists.

Fury, with a height of 2.06 meters, 13 centimeters more than his rival, will try to take advantage of long distance, but he will not avoid exchanges in a fight that could end before the limit.

Some 94,000 fans will watch the fight, which will be Fury’s last as a pro if he doesn’t reverse his decision to retire as a pro.

The boxing world is waiting for the possibility that, if he wins, Fury will make a unification fight against the winner between Ukrainian Oleksandr Usyk, monarch of the World Association, the World Organization and the International Boxing Federation, and the British Anthony Joshua , but the fight will be frustrated if Fury hangs up the gloves.

“I am not going to back down on my decision. I’m happy with what I’ve done,” the WBC champion told Espn.

Last October, in a fight of falls between one rival and another, Fury defeated the American Deontay Wilder by knockout, who in December 2018 spoiled a chain of 27 consecutive victories with a tie, but later he was defeated a couple of times. times by the British.

You can also read:  Rocky enters the Boxing Hall of Fame

Whyte defeated Russian Alexander Potvetkin by knockout in March 2021 and it remains to be seen how he performs after more than a year of absence in the ring.EFE