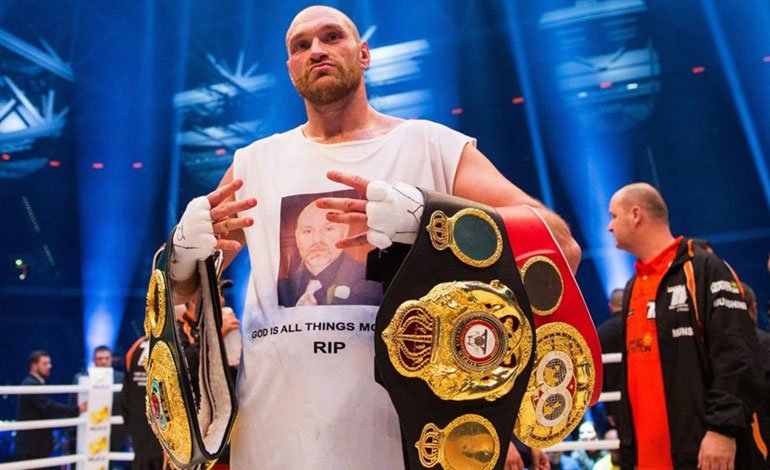 The reign of Tyson Fury as the new heavyweight world champion will not be affected by the statements of a rancher who claimed to receive money for offering an alibi to a positive fighter in 2015, said the president of the World Boxing Council (WBC) , Mauricio Sulaiman.

The Daily Mail published this Sunday that a rancher had received a financial proposal for providing an alibi when Fury tested positive for doping in 2015.

The now world champion and his cousin Hughie tested positive for nandrolone in 2015 and blamed it on eating uncastrated wild boar meat, citing a rancher named Martin Carefoot as the person who provided the product.

You can also read:  Mike Tyson tied with Jones Jr. in his first fight in 15 years

After a long and expensive process with the UK Anti-Doping Office, Fury and his cousin received a two-year ban and were only able to resume their careers in December 2017.

In this Sunday’s edition of the Daily Mail, Carefoot denies providing Fury’s team with this meat, insisting they offered him 25,000 pounds ($ 30,000, 27,500 euros) for making up the story and assisting in his doping case.

But Sulaiman noted that these remarks “will have no impact” on the WBC belt that Fury won against American Deontay Wilder in Las Vegas last month.

“Personally, I’d rather believe Tyson Fury than someone who admits to having lied in legal documents for money,” Sulaiman told The Sun newspaper.

You can also read:  Mayweather-Pacquiao fight in danger

“The person who acknowledged that he accepted the money for lying is the one who should be judged, in my opinion, especially when he has waited five years to tell this story,” he added.

“Second, at that time Fury was not related to the WBC, he had not fought Klitschko for the WBC belt, so this case does not affect him as our heavyweight champion,” he continued.

Fury’s promoter, Frank Warren, who was not working with him at the time, told The Sun that he had previously received letters from Carefoot.

“Tyson has never met this man and his story sucks,” Warren noted. AFP

You can also read:  Nice debut for DeMarco with Roach