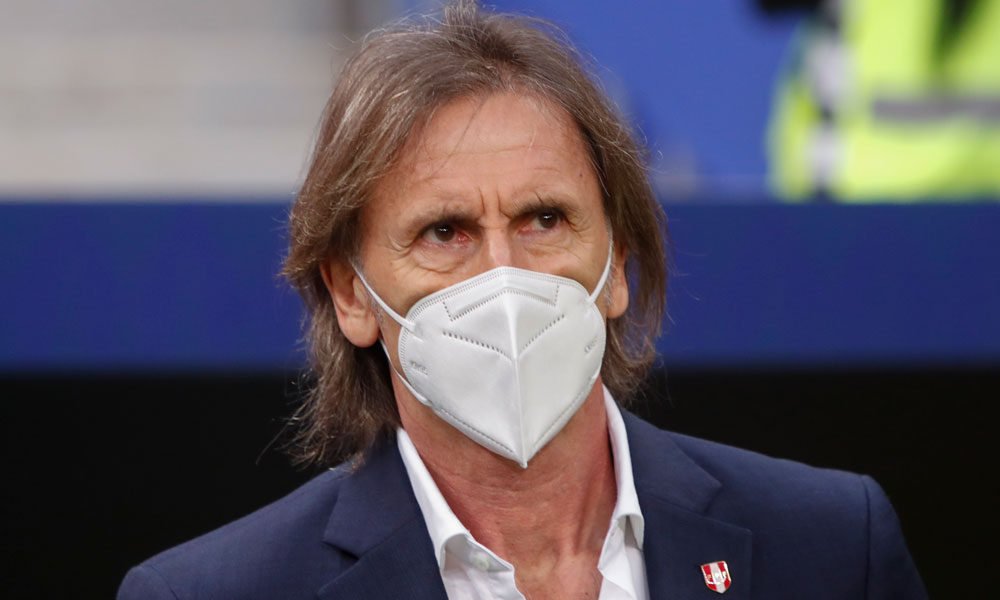 Peru finished the year in an expectant position in the South American qualifier for the Qatar-2022 World Cup and will play the remaining four dates as if they were finals thinking only of winning, said the Inca coach, Argentine Ricardo Gareca this Friday.

“We are coming up with four finals that we have to focus on,” Gareca said at a press conference after emphasizing that “even in the worst moments (of this phase) we have not stopped depending on ourselves.”

The red-white finished 2021 in the play-off zone and needs the encouragement of its partials in the two matches that remain at home in Lima against Ecuador, in January, and Paraguay, in March, the ‘Tigre’ slipped.

“(We had) a good ending (in 2021) that makes us look forward to next year” after a stumbling start, he said.

You can also read:  Lazio beats Inter with a controversial goal

Faced with this challenge, he pointed out, “it is necessary to increase the amount of public for the next matches (…) to have a full stadium again” as in pre-ndemic times.

Precisely due to covid-19, which has Peru as the country with the highest mortality rate due to the disease, the team could only play with a capacity of 20% in its last two home matches at the National Stadium in Lima with capacity for 50,000 fans.

“We have a group of players who respond to adversity,” he said, faced with the challenge of having to get the maximum score in pending matches.

Gareca estimated that Peru is experiencing “a good moment” in football and that it will measure up to fight for the classification.

“We are psyched for everything to come,” he insisted at his last conference of the year.

“The selection works like a family,” he summarized when describing the environment in the internship.

He assured that he will renew his contract with Peru until the end of the World Cup if he achieves the desired quota for Qatar-2022.

The Argentine coach praised the Italian-Peruvian striker Gianluca Lapadula, from Benevento of the second division of Italy, who has become a benchmark and scorer due to the forced absence of the injured Paolo Guerrero.

“He is a forward with dedication who has been adapting to South American football,” he said about Lapadula.

You can also read:  Ancelotti: «Vinicius has improved a lot»

Regarding the evolution of Guerrero’s injury, he indicated that “we are very anxious to see how his recovery is going.”

«To transmit to the people that we are feeling well emotionally and footballingly. We are psyched for everything that is coming ».

Peru will face on January 27 and February 1, on the next double World Cup date, Colombia as a visitor and Ecuador as a home.

The Inca squad adds 17 points and temporarily occupies fifth place, with the same number of units as Colombia fourth for its best goal difference (-1 to -5).

Two victories in a row, against Bolivia at home 3-0 and visiting Venezuela 2-1, injected a dose of faith and restorative tonic to the Peruvians. (AFP)