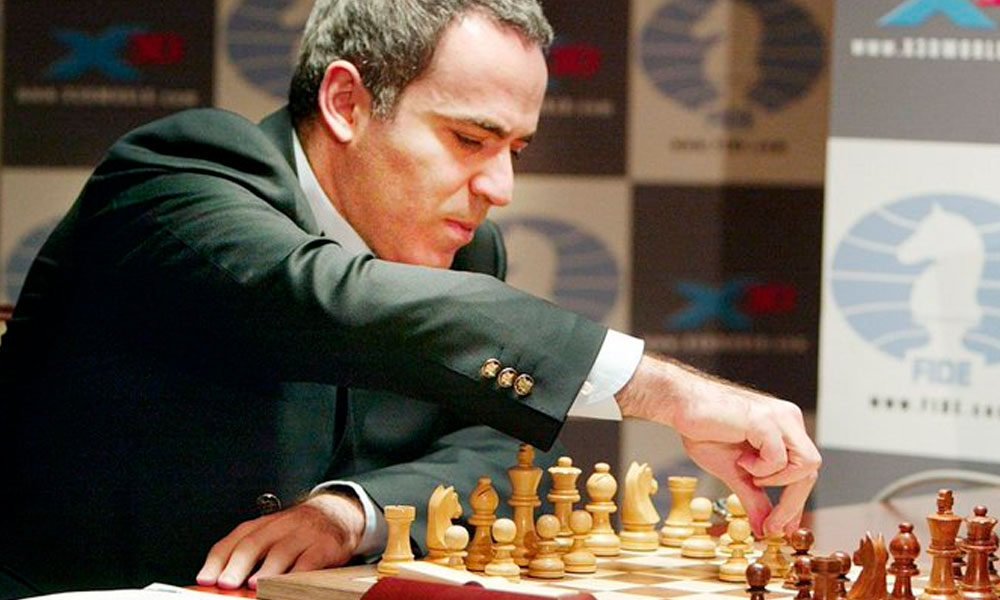 He is considered the best chess player in history but lost against a computer when artificial intelligence took its first steps. Today, Garry Kasparov fears that the digital giants will undermine individual freedoms and calls for them to be “held accountable.”

In an interview with AFP on the occasion of the Web Summit held in Lisbon, the former Russian player, retired since 2005, called for a “serious public debate in a free world” that would result in “recommendations for governments.”

The purpose is to respond to these challenges, at a time when artificial intelligence reaches our daily lives in many ways.

Kasparov has just published a book, edited by the cybersecurity company Avast, for which he is an ambassador, in which he gathers his five-year chronicles dedicated to the precarious balance between inexorable technological innovation and respect for individual freedoms.

“It is the governments who make the laws to force companies to do what needs to be done to minimize the damage,” he told AFP.

You can also read:  The price of PSG's Leo Messi shirt with Michael Jordan's brand

“The problem is that the public still does not have a clear idea of ​​the direction we are taking because governments consider large technologies as a source of income,” he said, lamenting the growing weight of ‘fake news’ or misinformation.

At a time when Facebook is accused of prioritizing profit, putting the safety and well-being of its users and fighting disinformation on the back burner, Kasparov is demanding that the giants of the digital world “be held accountable.”

“The problem with Facebook or Twitter is that we do not have any transparency in the way they operate companies,” he laments.

“For me, the key is moderation. If we force them to be transparent and understand how they work, we can prevent many abuses, “added the 58-year-old former chess player who lives in the United States.

But the attempts to regulate these internet giants, such as that of the European Union with the General Data Protection Regulation (RGPD), do they end up being a list of good intentions that remains on paper?

“They may have data protection regulations in Europe or the United States, but Chinese companies don’t care and the Russian government scoffs at this. The world is divided between the free world and the one that is not, “concluded Kasparov.

And unfortunately, the unfree world is bigger. It represents 60% (of the planet) if we consider that India is democratic. And if we doubt that it is, this percentage is even higher, “he added.

You can also read:  Piqué: I hope to continue playing for three or four more years

Kasparov also became famous for playing chess against Deep Blue, the IBM supercomputer that marked the first steps of artificial intelligence in the late 1990s.

The Russian defeated the computer in 1990, but lost to Deep Blue a year later. It was the machine’s first victory against human intelligence in a game.

Since then, progress has advanced at a giant pace and technology raises promise and fear in the economic and social spheres.

It will be painful. No doubt. I don’t want to sound insensitive, but there will be people who will lose their jobs. But you have to look at the situation as a whole: humanity wins with what new technologies contribute, “he said.

“The new artificial intelligence can make human-machine collaboration much more effective,” he considered. “And in theory, machines should make us more intelligent,” he concluded. AFP (HN)