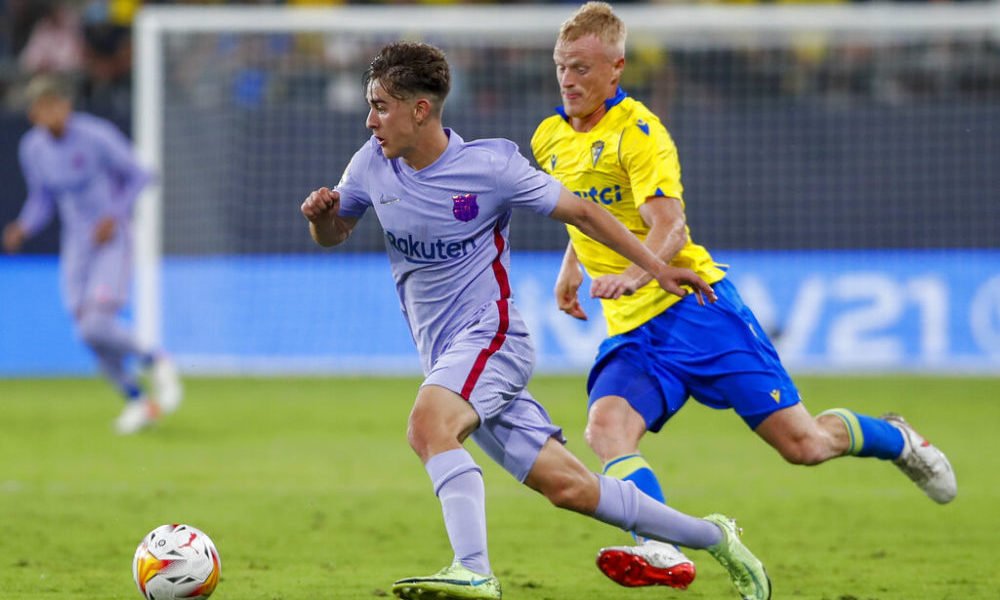 Gavi Páez, the 17-year-old who appears as a great promise in Barcelona, ​​was called up for the match between Spain against Italy for the semi-finals of the League of Nations next week.

If he plays, Gavi will become the youngest player to ever wear the Spanish jersey, beating the band of Ángel Zubieta, who debuted for the national team at 17 years and 284 days in 1936.

Spain and European champion Italy will meet in Milan on Wednesday, three months after their clash in the Eurocup semifinals. The winner will face the winner of the match between France and Belgium. The final will be played on October 10 in Turin.

You can also read:  French government thinks of Mbappé for its vaccination campaign

Italy and Spain drew 1-1 at the Eurocup and the Italians won a penalty shootout.

Coach Luis Enrique called up the majority of the Euro players, but surprisingly added Gavi when announcing the squad on Thursday.

Gavi made his Barcelona debut a month ago and is one of the few encouraging notes from a team undergoing renovation. He played in three games in the Spanish league and two in the Champions League.

Luis Enrique said that he has been observing Gavi since his time as Barcelona coach.

“I have known Gavi for years and I am convinced that he will be an important player for his club and for Spain,” said Luis Enrique.

The other novelty is Yéremi Pino, an 18-year-old Villarreal player, called up to help cover the absences of strikers Dani Olmo and Álvaro Morata due to injuries.

Luis Enrique also called Marcos Alonso, from Chelsea, before the injuries of the flanks Jordi Alba and José Gayà. Alonso had already played for the national team.

There is not a single Real Madrid player, the same as in the Euro.(AP)

You can also read:  Burki saves Dortmund that seals his pass to the round of 16