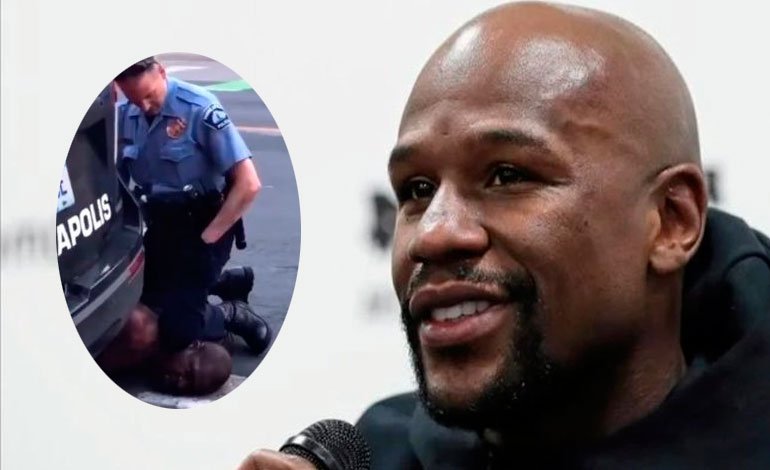 The former undefeated world champion, the American fighter Floyd Mayweather Jr., will be the person who pays all the expenses of the funeral services that are going to be carried out in three cities of the country, including Houston, in honor of George Floyd, the man African American who died Monday while in the custody of the Minneapolis police.

The first funeral services will be given this Thursday in Minneapolis and then his body will be transferred to North Carolina, where he was native, so that next Tuesday, June 9, he will receive a burial in Houston, the city where he grew up and lived until decided to move.

You can also read:  'Pac Man', the executioner of the Aztecs

Floyd, 46, who was black, died last week in Minneapolis after Officer Derek Chauvin, a white police officer who was involved in the arrest of the deceased, knelt on his neck for more than eight minutes.

Although the deceased told him he could not breathe, Chauvin, who was fired Tuesday and charged Friday with third-degree murder and second-degree manslaughter, never removed his knee.

Floyd’s death sparked protests across the United States over the weekend, including Houston, where the body of the deceased is expected to be received with all honors by local authorities before being buried.

The representative of Mayweather Jr., Leonard Ellerbe, CEO of Mayweather Promotions, was the one who confirmed through the ESPN television network the financial commitment of the former world champion with the Floyd family, with whom he has been in permanent contact.

“He’ll probably be mad at me for saying that, but yeah, Mayweather is definitely paying for the funeral,” Ellerbe wrote. “Floyd Mayweather Jr. has done this kind of thing for the last 20 years, but has never wanted to talk about his actions.”

You can also read:  VIDEO: With a tremendous right hand he took him out of the ring!

Mayweather Jr. previously stepped in to cover the funeral expenses of former Hispanic boxer Genaro Hernández, who died of cancer at age 45 in 2011.

The former world champion undefeated in five different categories won his first world title by defeating Hernández in 1998 and they were always good friends. EFE (HN)