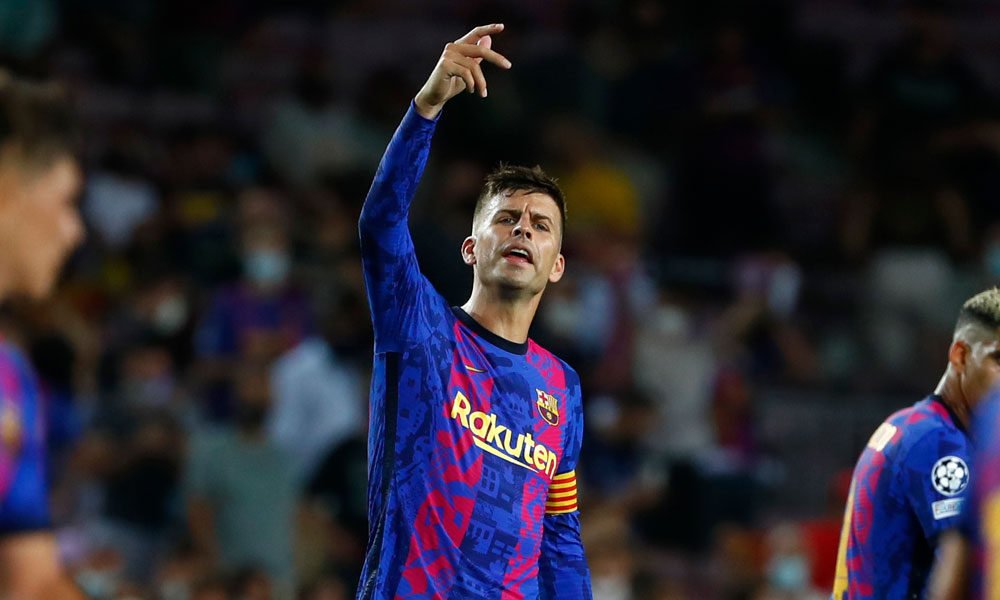 Gerard Piqué put on the superhero cape to give Barcelona the victory, this Wednesday, over Dinamo Kiev, at the Camp Nou stadium, and in a duel valid for the third date of the Champions League. The truth is that the goal is historical for the footballer.

With that score, the experienced central defender reached 16 goals scored, equaling the number of goals scored by the Brazilian star, Roberto Carlos, who knew how to score that amount in just 120 Champions League games, two less than in what was done by the Spanish, who tied the figure, but in 122 games.

Double celebration for the defender who brought happiness to his coach Ronald Koeman, who in the course of the European continental championship, did not know what it was to add, in fact, in his two previous presentations he had lost to Bayern Munich and Benfica .

In this way, Piqué Bernabéu exceeds the figure that had him on a par with Sergio Ramos, another Iberian central defender who has 15 goals scored, but in 129 games and, who for now is uncertain when he will have action in football again, precisely, in his new club, PSG.

On the piqué side, he will eventually exceed that figure, due to the fact that he is one of the experienced players and almost fixed on the Dutchman’s tactical scheme, who will have a litmus test next weekend, when Barcelona play against Real Madrid. , on the sports scene of the Catalan capital. (Bolavip)

You can also read:  They break into the home of footballer Paolo Rossi during his funeral