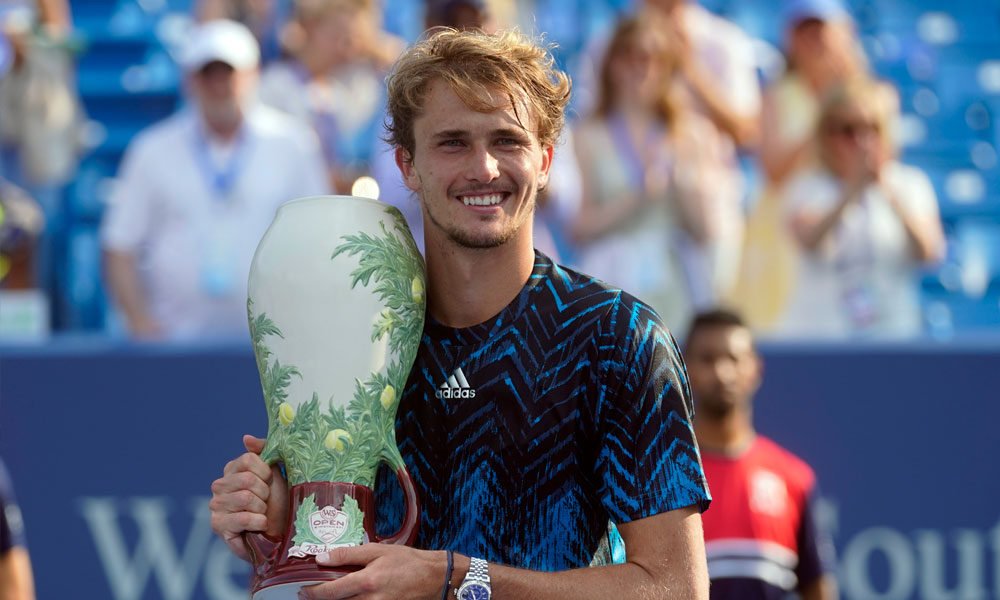 The German, who only needed an hour to dispose of his rival, effected his first serve by 93% compared to 67% of his opponent.

Zverev kept his unforced errors low at just six, although Rublev outscored him with 11 aces to six. But the German produced 16 winning points and broke his opponent five times.

The only setback in Zverev’s second set was when his rival broke his serve while with the score in his favor 5-2, but closed the victory a game later with a timely counterattack when Rublev left the ball in the net in a return.

You can also read:  Wawrinka conquers the Prague Challenger on his return

The German entered the Cincinnati tournament with six losses at this venue, but soon turned the negative record.

“My first win here was on Wednesday and now I have the title four days later,” Zverev stressed. «It has been an incredible week, I had many great games. It’s a great feeling to enter the US Open like this.

“Until the end I was playing quite good tennis,” added the German. “With my Olympic gold and this fifth Masters I really want to get to New York.”

The German continues to dominate the personal top against the Russian now with a 5-0 balance.

Only three weeks after winning the Olympic gold in Tokyo-2020, Zverev takes his fifth Masters 1000 title and sends a message a few days before the US Open, the last Grand Slam of the season, which begins on August 30 in New York.

You can also read:  Federer and Zverev guide Europe to Laver Cup title

While Rublev has not had a big impact on the circuit, the German, number five in the ranking, became the first player to win two Masters 1000 tournaments this year, as he also prevailed in Madrid in May.

Rublev came from eliminating his compatriot Daniil Medvedev, first favorite and second in the ranking, in the semisifinals, his second victory against a ‘Top 5’ this season, since in Monte Carlo he achieved a sensational victory over Spanish Rafael Nadal. He later fell in the final of that tournament against Greek Stefanos Tsitsipas.

In this way he became the second Russian to reach the Cincinnati final, as Medvedev took the trophy in 2019. AFP (HN).

You can also read:  First open tennis tournament for parents and children

– Result for Sunday at the Cincinnati Masters 1000: