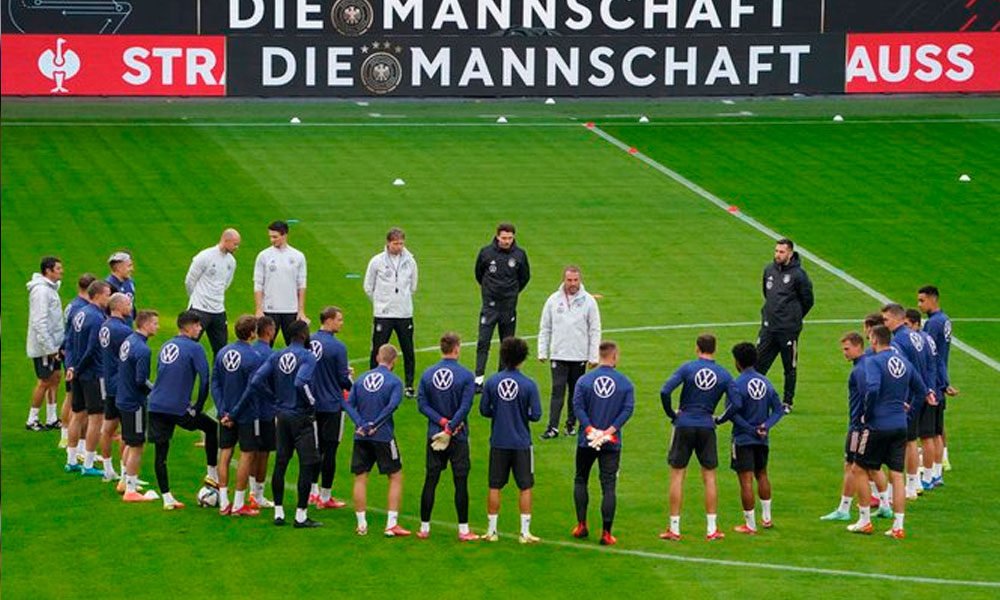 The German team canceled a training planned for this Tuesday – ahead of Thursday’s game against Liechtenstein – due to a case of coronavirus in one of the players.

Instead of training with the group the players will exercise individually and separately.

The German Football Association (DFB) reported on its website that the player who tested positive has no symptoms and is currently isolated.

You can also read:  Cristiano scores after 13 minutes on his return to the Champions League with Manchester United

All the other tests were negative, despite which the health authorities in Wolfsburg, where the national team is concentrated, ordered a quarantine for four other players who are considered close contacts.

«The news is naturally hard a few days before the matches. But health takes priority, ”said DFB director of selections Oliver Bierhoff.

Germany is already guaranteed qualification for Qatar 2022 and must play against Liechtenstein on Thursday and Armenia on Sunday.

Recently German football had been rocked by an argument after it became known that midfielder Joshua Kimmich has not wanted to be vaccinated because he has personal doubts. EFE (HN)

You can also read:  Koeman: "9 out of 10 people in Madrid would say that Ramos is a penalty"