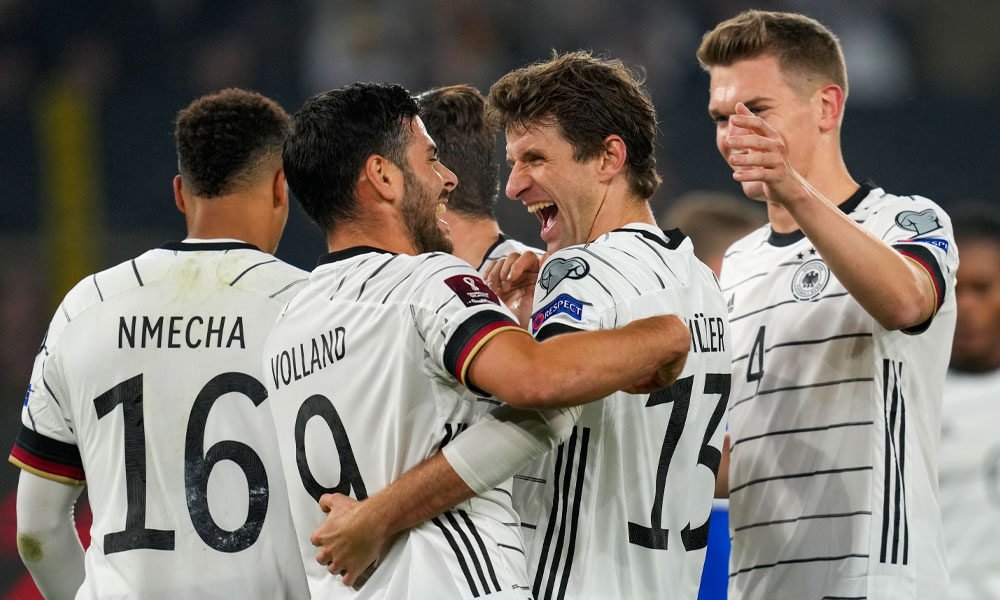 Germany, already mathematically classified for Qatar 2022, passed the steamroller over modest Liechtenstein, in a match that ended with a defeat (9-0) and that had to face a disadvantage for a large part due to the expulsion of Hofer.

The aspiration of Liechtenstein, a small selection full of players who serve on minor league and lower level teams, could only be to offer resistance for as long as possible.

They had had some success in the first leg, with an honorable 0-2 loss and a great performance from goalkeeper Benjamin Büchel.

On this occasion, however, the resistance was soon broken. It all started in the 9th minute when there was a penalty in favor of Germany when Hofer, trying to cut a cross, nailed Leon Goretzka’s neck with the studs.

Hofer was sent off with a direct red card and Ilkay Gündogan converted the penalty for Germany.

You can also read:  Messi against Guardiola in the Champions League, Barça and Atlético with tough rivals

The chances started to pile up. A couple of saves from Büchel and the crossbar – a header from Gündogan. They put things off a bit but from minute 20 on, everything happened very quickly.

Kaufmann first scored at his own goal when trying to deflect a cross from Christian Günter. Then, on the 21st, Leroy Sané scored the third with a shot inside the area from Goretzka and on the 23rd Marco Reus signed the fourth after Büchel went wrong to a Müller cross that was looking for Reus.

Then Liechtenstein organized a little better defensively, despite which in the first half they could have fallen more goals.

You can also read:  Suriname defeats Guadeloupe in their last appointment in the Gold Cup

In the fifth he arrived in 49, marked by Sané with a shot with his right foot to the center of Reus.

Germany kept playing, sometimes embellishing themselves too much and failing on the last pass. The sixth goal was delayed until the 76th minute when Thomas Müller scored from a corner kick and several rebounds.

In the 79th, Kevin Volland headed off the crossbar, In the 80th Ridle Baku, with a shot to the far post from the right, made the seventh.

You can also read:  PSG thrashes, doubts and wins against Messi

Incidents: Group J match of the European qualifying round for Qatar 2022.EFE