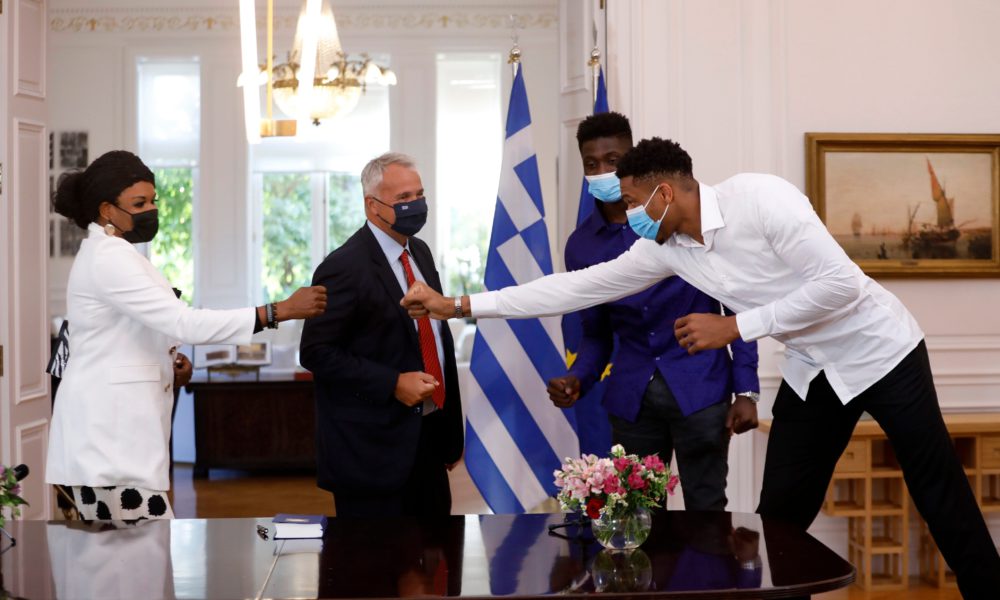 Giannis Antetokounmpo’s life is the perfect example of self-improvement. From the precariousness that he experienced during his childhood days in Greece to the success achieved as a star of the National Basketball Association and that he crowned last season by winning the title of champion with the Milwaukee Bucks.

However, the NBA MVP in the 2018-2019 season has wanted to maintain ties with the country that saw him grow, he even recently visited the Greek territory to in addition to getting in touch with his roots to carry the trophies of champion of the NBA and the MVP of the Finals to show it in the European country.

But in the middle of the final stretch of his vacation, the Milwaukee star quickly traveled back to Greece to be present at a very special moment for his mother, Verónica, a Nigerian immigrant who lived through a very difficult stage economically while growing up. of their children.

To say present at his mother’s nationality ceremony, Giannis Antetokounmpo traveled to Greece to accompany her, as did his brother Alex, who also received nationality. After it was made official, the Milwaukee Bucks player was very happy and grateful to his country.

“We always feel like Greek, but now we officially are and we are very happy. Alex and my mother are now Greek citizens ”, celebrated the player who was born in Athens in 1994 but received nationality only until 2013 when he left for the United States to begin his career in the best basketball in the world. (Bolavip)

You can also read:  Warriors move one win away from retaining title