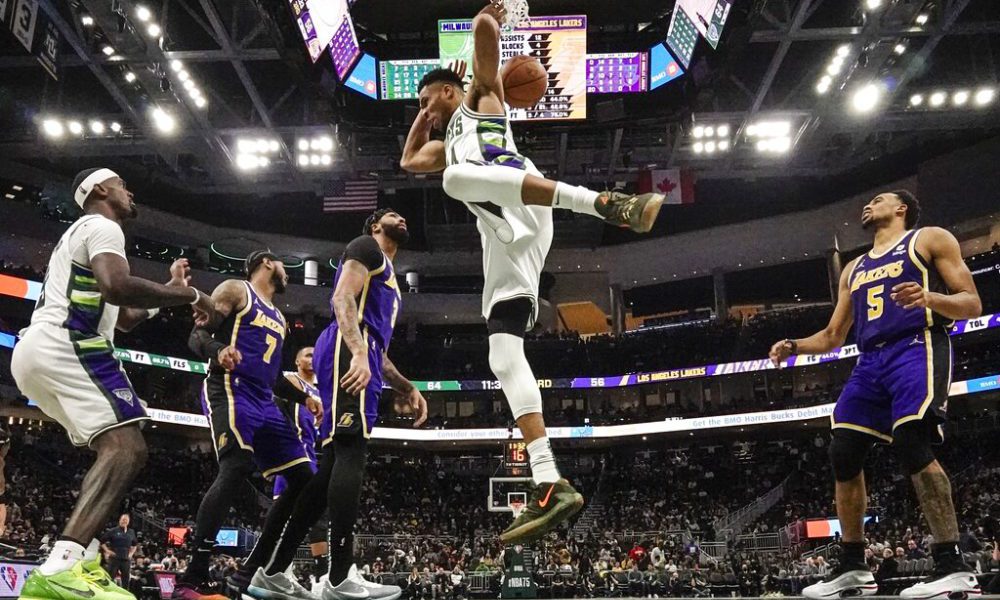 Greece’s Giannis Antetokounmpo, Jimmy Butler and James Harden stood out Wednesday night in the NBA with performances by grandmasters to guide their respective clubs down the path of victory.

After missing eight games due to COVID-19, Middleton came back and made consecutive triples in the fourth quarter and his Bucks took the lead, with a lead they held until the end.

The second of his 3s was his 1,051 with the Bucks to match retired Ray Allen for first place on the team’s all-time list.

Allen holds the NBA overall record with 2,973 3s in a career that also included stints with the then Seattle SuperSonics, Boston Celtics and Miami Heat.

You can also read:  The twists and turns of 'Magic' Jhonson

Star LeBron James missed an eighth straight game for the Lakers due to an abdominal strain.

Talen Horton-Tucker scored 25 points for the Lakers and Russell Westbrook had 19 points, followed by Anthony Davis with 18, Malik Monk 11 and Carmelo Anthony 10.

Antetokounmpo posted his highest points total since scoring 50 in Game 6 of last season’s finals over the Phoenix Suns that took Milwaukee’s first title since 1971.

In Miami, fellow star Jimmy Butler finished with a ‘triple-double’ on his return from a sprained right ankle with 31 points, 10 rebounds and 10 assists in the local Heat’s 113-98 victory over the New Orleans Pelicans. .

With Miami without starters Bam Adebayo (left knee injury) and point guard Kyle Lowry (rest), Butler made 10 of 12 shots from the field and 10 of 12 free throws after missing the previous three games.

You can also read:  Leonard and Spurs get swept and pass to the semifinals

Tyler Herro scored 17 of his 19 points in the second half, and Max Strus added 15 points for the Heat. Herro also hit three triples.

Miami rallied in the first half and finally took the lead on a 16-5 run that ended the third period.

In New York, James Harden scored 27 points, LaMarcus Aldridge 24 and Kevin Durant 23 for the Brooklyn Nets to beat the Cleveland Cavaliers with a score of 109-99.

With 21 points from Patty Mills the Nets had four players with 20 or more points for the first time this season.

You can also read:  Dominican Republic conquers the gold and Panama the bronze in Centrobasket sub'17

Brooklyn improved to 11-5 with its eighth win in the last 10 games.

For the Cavaliers, Spanish point guard Ricky Rubio led the offense with 25 points, followed by Darius Garland with 24 and Kevin Love, Cedi Osman and Dean Wade with 11 each.