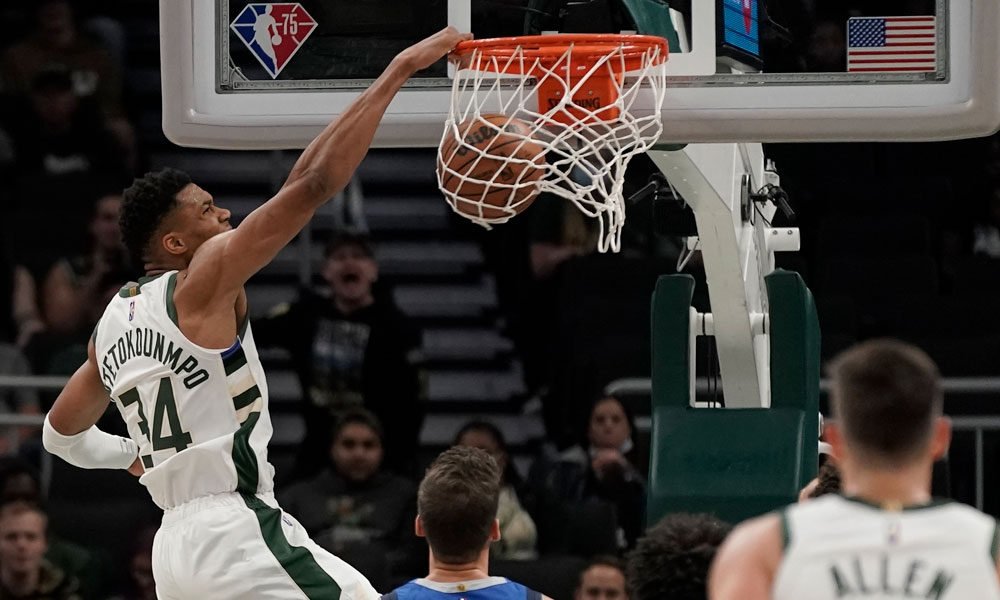 Giannis Antetokounmpo looks like he can spike the ball from the free throw line.

Other times, the Milwaukee Bucks forward struggles to even touch the rim when shooting from there.

Even with flaws in his game, Antetokounmpo is among the best players in the NBA. He is a two-time winner of the league’s Most Valuable Player award and may well have his Hall of Fame speech ready, without adding anything else from now on.

But listening to him speak, it is clear that this is not the plan to follow.

“I want to keep improving,” declares the Greek star.

It is a statement that comes from a player who had one of the most outstanding NBA Finals in history, and who unanimously won the previous one to the MVP of the league after averaging 35.2 points, 13.2 rebounds and 5.0 assists, while reaching a 61.8% accuracy in field shots. No other player has achieved those numbers.

You can also read:  LeBron James does not stay at Hotel Trump New York due to "taste"

It could be because there has simply never been a player with him.

Antetokounmpo struck down Phoenix with 50 points, 14 rebounds and five blocks in Game 6, with 17 of 19 from the free throw line. Few players have shown such mastery in every facet of the game.

Still, Antetokounmpo is the same player who was mocked on social media for shooting ‘airballs’ on free throws, who had fans counting out loud to 10 or more in his away games to prove that sometimes he did not shoot within the time limit to do so.

That was such a clear weakness that it rekindled criticism that he is an elite athlete who is not that skilled at playing basketball.

It is not as bad as it seemed at the time and it is as good as it could be.

“We continue to say that we feel that Giannis has a lot of room to improve, which is with a lot of respect for what a great player he is and what an impact he has to win,” said Bucks coach Mike Budenholzer. Although the technician believes that “there are significant leaps that he can still take.”

If there is a moment when the criticism seems to drop, it seems to be now after Antetokounmpo led Milwaukee to its first NBA title in 50 years. But Richard Jefferson, who won a championship with LeBron James in Cleveland, says that’s when great players take their game further to avoid settling for a title.

You can also read:  Ten years since Pau's second ring: "I ended up almost in a state of shock"

“I think for guys like Giannis, that’s going to be the path and he wants more,” said Jefferson, who now serves as an analyst for ESPN and YES Network.

“He knows that people keep saying that Kevin Durant is the better player, or LeBron James. And he has already won two MVPs, he was the Most Valuable of the Finals, an All Star MVP and no one is saying that he is the best player in the world… and that would make any great player want to wake up and keep improving. AP (HN)