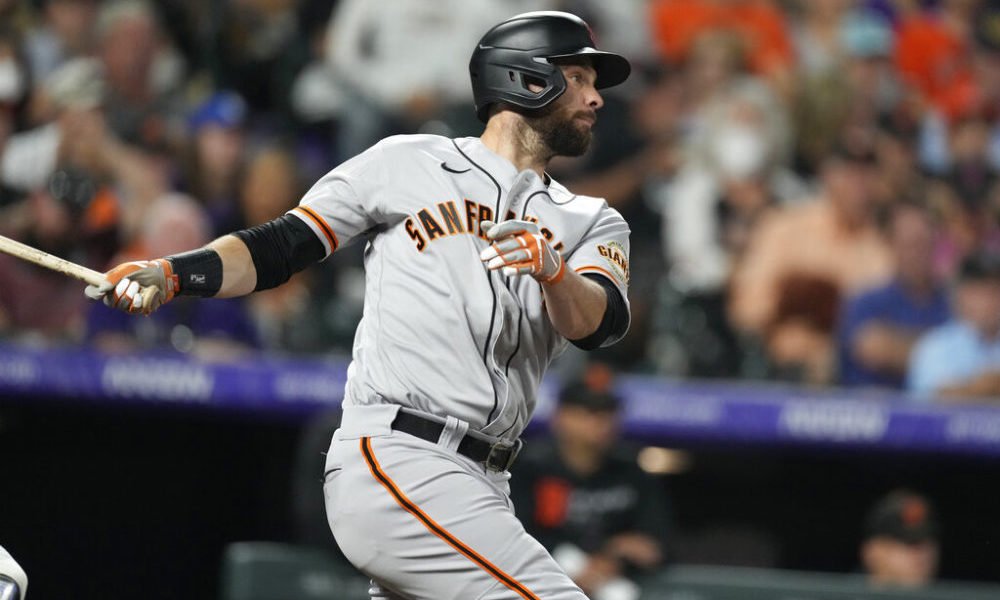 San Francisco Giants first baseman and home run leader Brandon Belt broke his left thumb and his availability for the final week of the regular season and postseason is in doubt.

The Giants indicated that Monday’s X-ray showed the bone fracture and that Belt “will continue to meet with doctors in the next two days to establish a recovery plan and a timetable for his return.”

The injury is a blow to the NL West leader, who starts a home series against the Diamondbacks on Tuesday and is looking to win his first division title since 2012. The Dodgers are two games behind at the start of the season. the last week.

You can also read:  Lance Lynn reached a millionaire deal with the Chicago White Sox

Belt quit in the seventh inning of a 6-2 win at Colorado on Sunday after being hit to the left hand by a pitch while attempting a bunt.