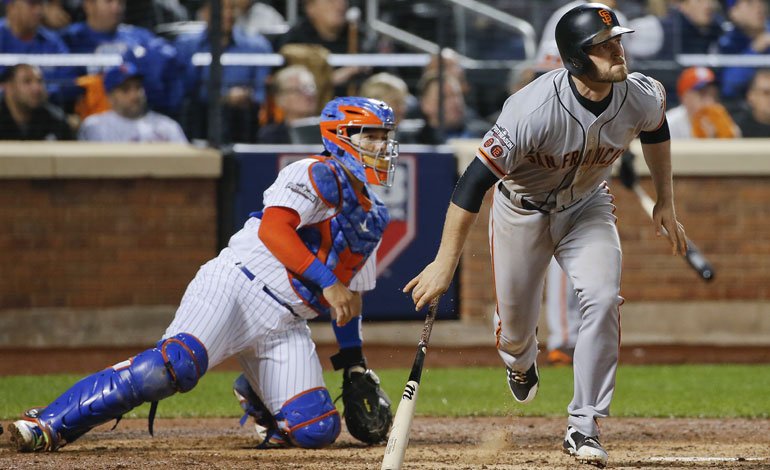 Madison Bumgarner with a four-hit shutout and Conor Gillaspie, who hit a three-run homer in the ninth inning, led the San Francisco Giants to a 3-0 victory over the New York Mets in the wild-card game of the National League.

San Francisco advanced to the division series of the first round of the National League playoffs against the Chicago Cubs.

The Giants, winners of the World Series in 2010, 2012 and 2014, will face the Cubs who have amassed the best regular season record in the Major Leagues and who are ready to erase the curse of not being able to win a baseball World Series for 107 years and the National pennant since 1945.

You can also read:  Clayton Kershaw is back and Dodger Stadium applauded him

Bumgarner gave up just two walks, struck out six and threw 120 pitches, 79 of them into the strike zone in 9 innings of work.

“MadBum,” as the Giants pitcher is known, has allowed just one run in his last 30 postseason innings, dating back to the start of the 2014 World Series.

Syndergaard gave way in the eighth to reliever Adysson Reed, who managed to get the inning despite allowing Gillaspie’s single to right field and having the bases loaded.

After Bumgarner hung up the scoreless in the bottom of the eighth, Jeurys Familia took over the mound for the Mets and was greeted by Brandon Crawford with a double to deep left-center field.

Familia took a breather by striking out Angel Pagan, but walked Joe Panik and then Gillaspie hit a long drive that blew off the right field fence to put the Giants up 3-0.

However, “MadBum” had no mercy and retired the next three batters on his order to ensure victory and permanence in the playoffs.

Mets starter Noah Syndergaard did not allow a hit until the sixth inning. He only allowed two hits and three walks and struck out 10 in seven shutout innings. AFP

You can also read:  Falcao forgets football and goes to baseball