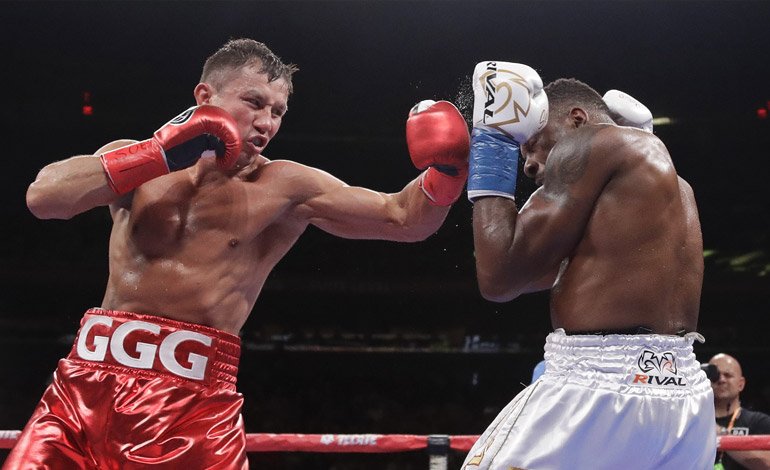 Former world middleweight champion Gennady Golovkin returned to the ring after a nine-month absence and defeated Canadian Steve Rolls by knockout in the fourth round.

The scheduled 10-round bout, which took place at Madison Square Garden, featured an official attendance of 12,357 spectators, confirming Golovkin’s continuing attraction within the boxing world.

At the conclusion of the exhibition against Rolls, Golovkin, a former unified middleweight champion, who lost to Saúl “Canelo” Álvarez, challenged the Mexican fighter to star in a second rematch this year.

The fight against Rolls was Golovkin’s debut alongside his new coach Johnathon Banks after parting ways with Mexican-American Abel Sánchez, with whom he spent most of his professional years.

You can also read:  Pacquiao will clear doubts against Bradley

He also began a six-fight, three-year, nine-figure contract with sports broadcast DAZN, which he signed after the end of his contract with HBO and that network’s exit from the boxing business late last year.

“I feel great. Like a new baby, completely different because I went back to the knockout. I love knockouts and I love New York. It was a great night for everyone, ”said Golovkin.

From the start, Golovkin dominated the 35-year-old Rolls (19-1, 10 KOs), who was facing his first big-name opponent and held out for a few rounds, although he could not endure the harsh punishment inflicted on him by the former champion in the end. world.

Golovkin (39-1-1, 35 KOs), 37, based in Santa Monica, California, reiterated that he still has boxing to offer and is ready for the big rematch against Canelo Alvarez. EFE.