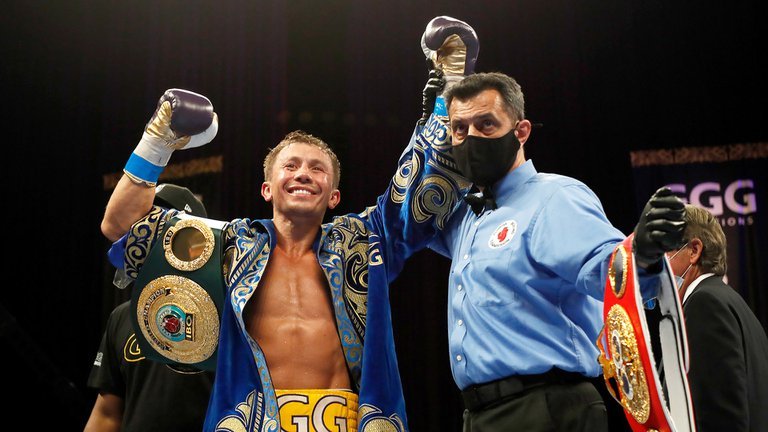 There is no doubt that Gennady Golovkin is still sane to give boxing master classes, such as the one he offered this Friday in his final victory against the Polish Kamil Szeremeta. The 38-year-old Kazakh boxer prevailed after a hail of blows that led to the abandonment of his rival after the end of the seventh round and set a new record.

With its triumph at the Seminole Hard Rock Hotel & Casino, in Hollywood (Florida), GGG retained for the twenty-first time the crown of the middleweight in the International Boxing Federation (IBF) and set a new mark in this weight: it left behind the American Bernard Hopkins for the most title defenses in 160-pound history.

You can also read:  Catracho Olympic boxer will arrive from the United States

“It was fun. I felt very comfortable because I worked hard. I had a lot of time to prepare and I am very proud of my team, ”Govolkin said after the fight, already with a personal record of 41-1-1 and 36 knockouts.

It did not take long to expose his hierarchy. Already in the first round, a left hook from Golovkin sent the Polish Szeremeta (21-1 and 5 KOs) to the canvas and the Kazakh dominated widely since then. GGG continued patiently and, without rushing to the knockout, sent his opponent to the canvas several more times. While the Pole suffered in the ring, Golovkin brought out all his power and it was before starting the eighth round that the referee decreed the TKO by not allowing Szeremeta to go out to fight.

You can also read:  'Pac Man', the executioner of the Aztecs

It was a great performance by a Golovkin who had not fought for 14 months, since he tightly beat the Ukrainian Sergiy Derevyanchenko.

Now GGG is waiting for the Mexican Saúl “Canelo” Álvarez to make the third fight of his attractive saga, which has a draw and a victory for the Aztec fighter who this Saturday will face the British Callum Smith for the WBA super middleweight title and the CMB.

“I am absolutely open to fighting anyone. Whatever the best opportunity for me. We’ll wait to see who wins (Canelo or Smith). I hope it’s a great fight, but I’m open to anyone, ”Golovkin said. (GG) (Infobae)

You can also read:  Pacquiao and Margarito could fight in November