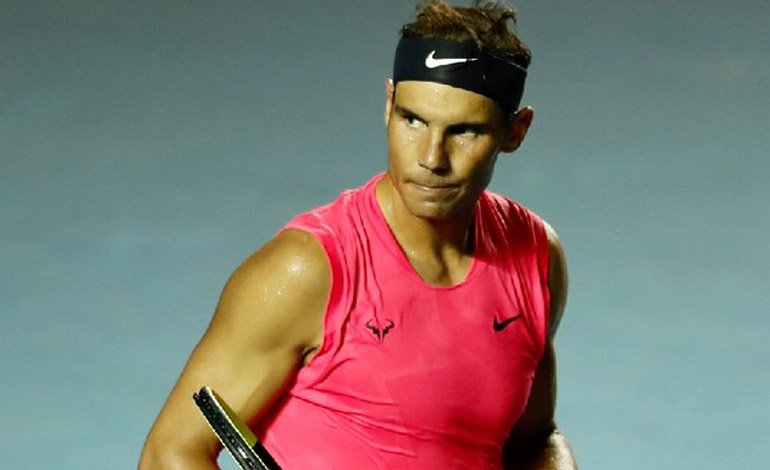 Greek Stefanos Tsitsipas reacted and after losing the first two sets, defeated Spanish Rafael Nadal, second seed, 3-6, 2-6, 7-6 (7) and 7-5 in the quarterfinals of the Open de Australia. Tsitsipas beat the Spaniard in four hours and two minutes with great tennis in the last three sets, supported by his great service and at great risk with his blows, reaching nearly 60 winners.

The Greek will meet in the semifinals against Russian Daniil Medvedev who had previously defeated his compatriot Andrei Rublev 7-5, 6-3 and 6-2.

The Spaniard accused the fatigue, as a result of not having trained as often as he used to because of back problems, against a Tsitsipas who arrived fresh after accumulating four days without competition due to the withdrawal of Italian Matteo Berrettini (9) in the crash round of 16.

Nadal’s physical wear and tear was evident in the last two sets, when his blows did not reach the brilliance of the first few rounds, where Rafa appeared dominating, playing at pleasure and unraveling the strategy of his rival’s game, who found no loophole.

No one had come back to Nadal at the Grand Slam if the Spaniard dominated the first two sets, since Italian Fabio Fognini at the US Open in 2015.

The Swiss Roger Federer also did it in 2005, but at the Miami Masters 1,000. Tsitsipas started with a lot of tension, and in fact he recognized it later in the interview on the track. “I was very nervous,” he said after defeating the winner of 20 grand.

You can also read:  Medvedev "in shape" after overcoming Covid-19

They even gave him a warning for receiving advice from his bench, but it was precisely from that “warning” that he best developed his aggressive tennis. Nadal was exhausted near the end, and sought refuge in the fan during rest periods.

“I lacked a hair of that extra spark,” he later acknowledged. After the defeat, the Spaniard will have to wait for a new opportunity to break the 20 Gramd Slams mark with Federer. (GG) (El Comercio newspaper)