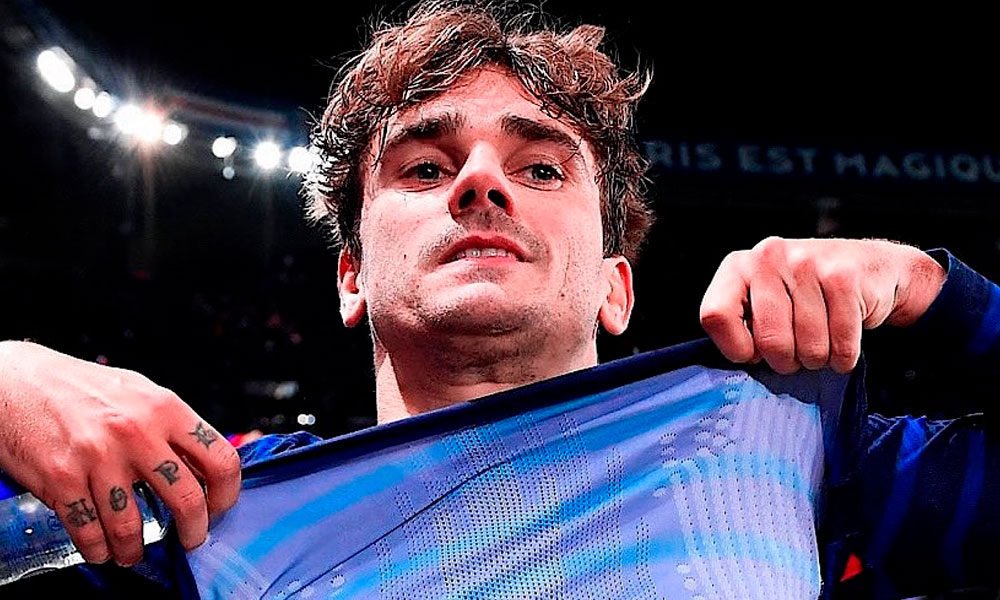 After the time for his team’s re-adaptation to which he was, proven his efficiency in front of goal with four goals in his last four games, Antoine Griezmann is postulated as Atlético de Madrid’s reference against Osasuna. It is their moment.

The Portuguese Joao Félix was injured by a blow to the calf, with the possibility of a break for the Uruguayan Luis Suárez in the face of the momentous duel of the Champions League on Wednesday against Milan – a game in which Griezmann will not be due to suspension – he French forward rehearsed as a reference of the rojiblanco attack this Thursday thinking about the Navarrese team.

He already did it during a good part of his first stage, the one in which he went from being a promising winger at Real Sociedad to a forward who was applying to sit at the table of the best attackers in the world, led by rojiblanco coach Diego Pablo Simeone. In those years he scored 133 goals in 257 games and became the team’s offensive beacon.

You can also read:  Tottenham will test for sanctions on Romero and Lo Celso for their trip to Brazil

Now, he aspires to be one again and the numbers begin to accompany him. After a gray start, he accumulated four goals divided between the two he scored in the first leg to Liverpool (2-3), in the match in which he ended up sent off for dangerous play, one against Levante (2-2) and another against Valencia (3-3) in addition to an assist against Betis (3-0).

With the French team in this November break, he added a goal and an assist in the defeat of ‘Les Bleus’ to Kazakhstan (8-0) in which the reigning world champion secured the ticket to the World Cup in Qatar 2022.

Those merits will have to be confirmed on Saturday at 6.30 pm at the Wanda Metropolitano against an Osasuna who is one of the revelations of the league championship. The Navarrese team is seventh with 19 points, just 4 behind the rojiblancos with 5 wins, 4 draws and as many defeats, 14 goals in favor and 17 against.

Against those of Jagoba Arrasate, Griezmann will form a point, as rehearsed this Thursday by Diego Pablo Simeone’s team, with his compatriot Thomas Lemar from behind and two fast partners on the ends: the Belgian Yannick Carrasco on the left and the Argentine Ángel Correa from the right.

You can also read:  Without Suárez or Cavani, Uruguay visits a Peru urged to add

Captain Koke Resurrección and Marcos Llorente, who like Lemar will return to ownership after several games out, will guard the center of the field, to the detriment of Argentine Rodrigo de Paul, although it remains to be seen if the plans will not change in this regard. , which could cause Llorente to move to the side.

One of the elements that Diego Pablo Simeone has been working on with more impetus during this national team break is defense. In several of the sessions this week he has worked hard on the mistakes made in recent games, with a defensive line of four players, against the thirteen troops who were with their countries.

Now, with all the internationals back except for the Mexican Héctor Herrera, who is expected in the next few hours, not counting the loss of the Englishman Kieran Trippier due to his shoulder injury, he seems to repeat that return to the four defenders, a major novelty compared to the three-center-back and two-lane scheme that made him champion in 2020-21.

You can also read:  Lewandowski receives the Golden Boot: I do not compete with Messi and Cristiano

In that scheme, and according to the tests this Thursday, the Croatian Sime Vrsaljko would be the right back, Mario Hermoso would go from the center of the defense to the left-back, and the Montenegrin Stefan Savic and the Brazilian Felipe Monteiro would form as centrals.

It remains to be seen if Felipe’s position could be for the Uruguayan José María Giménez, but it could be that the Brazilian would remain taking into account that he is sanctioned for the game against Milan for his expulsion in Liverpool, which has generated a punishment of two encounters.

A major change with which Simeone hopes to regain the strength of his defense, at a key moment of the season and with the duels that will mark his future in the Champions League just around the corner. EFE