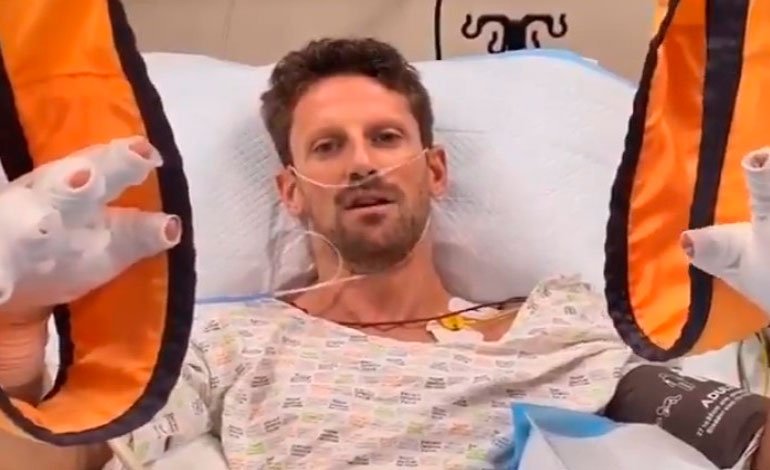 Romain Grosjean was ruled out of the second Formula One race in Bahrain and will be replaced by Pietro Fittipaldi, the grandson of former champion Emerson Fittipaldi, the Haas team reported.

Grosjean was hospitalized with burns to the back of both hands after his car hit a barrier during the Bahrain Grand Prix. The car split in two and was engulfed in flames.

Haas said on Monday that the French driver would be released on Tuesday. His injuries mean that he will not be able to compete in the Sakhir Grand Prix on Sunday, the second race in Bahrain, and that it will be held on the external circuit on the same stage.

You can also read:  Räikkönen builds a motocross track on his own farm without permission

“After it was decided that the best thing for Romain was to skip a race, the decision to put Pietro behind the wheel was the easiest,” said Haas director Guenther Steiner.

“Pietro will drive the VF-20 and he is someone who knows us closely, having been with the team for the last two seasons as a test and reserve driver. It’s the right thing to do and obviously it’s a good opportunity for him. “

When Fittipaldi debuts, he will be the third generation of his family to compete in F1. Emerson Fittipaldi and his brother Wilson competed in the 1970s and 1980s. Wilson’s son, Christian Fittipaldi, drove for three seasons in the early 1990s.

Pietro Fittipaldi competed in six IndyCar races in 2018. His last outing in an official race was in Formula 3 Asia last February. The 24-year-old Brazilian had excellent results as a youth and has made forays into a number of series in recent years.

“Obviously not the ideal circumstances to receive my first opportunity to compete in Formula One, but I am extremely grateful to (team owner) Gene Haas and Guenther Steiner for their faith in getting me behind the wheel this weekend,” said Fittipaldi. .

“I’ve spent a lot of time with the team this season, both on the track and working in simulator sessions, so I’m familiar with the team’s procedures during a grand prix weekend,” he added.

You can also read:  Maldonado, sanctioned with five positions

Emerson Fittipaldi was crowned champion in 1972 with Lotus and then in 1974 with McLaren. AFP (HN)