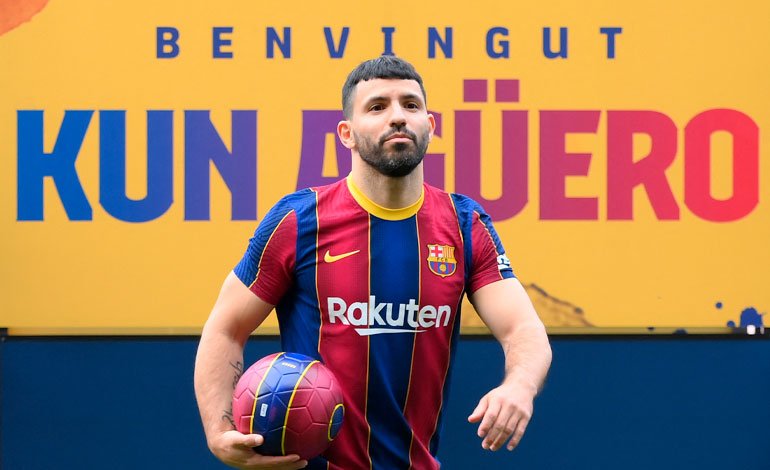 Josep Guardiola, coach of Manchester City, declared this Monday, shortly before taking the first shots at the Puma Legends Trophy golf tournament in Son Servera (Mallorca), that FC Barcelona “has made a spectacular signing with Kun (Agüero )».

“He is a great scorer, a very good boy, he is a jewel, very intelligent, as I told Ronald (Koeman, coach of the azulgranas) he is a great signing,” said Guardiola, one of the figures in the world of football who have met at the Pula Golf facilities, together with the president and football director of Barcelona, ​​Joan Laporta and Mateu Alemany, respectively, and the former president of UEFA between 2007 and 2015, the Frenchman Michel Platini.

You can also read:  Italy golea, extend their streak and get closer to Qatar

The Dutchman Ruud Gullit, the Argentines Gabriel Batistuta and Gabriel Batistuta, the German Bernd Schuster, the Spanish Aritz Aduriz, all of them former soccer stars, will also compete to deliver the card with the lowest number of hits.

Guardiola also referred to the promotion of Mallorca, which he described as “very good” for the island, and asked about the possibility of the Balearic team being reinforced with players that he is in charge of in Manchester, he replied: “It depends on them and mainly from their agents; The world of football has changed a lot since I played.”

You can also read:  Gerardo Martino «The defeat against the USA should not be a catastrophe for Mexico»

The former Basque soccer player praised the Majorcan “9” Abdón Prats: “He is having a very good progression and it is important that he continues on that path, and above all, that Mallorca trusts that this progression is going to be the right one,” Aduriz pointed out.

Nadal, for his part, said that the signing of Mateu Alemany by Barça “made him happy”. “He has arrived at a big club, he will have a complicated job, but he has the experience of all his years in football,” he specified.

“Mallorca’s promotion to the First Division is a satisfaction for all athletes, the team has played very good games, a goal has been achieved that is not always easy,” Miguel Ángel Nadal remarked.. EFE. (JL).

You can also read:  FIFA and CONCACAF visit possible venues for the 2026 World Cup